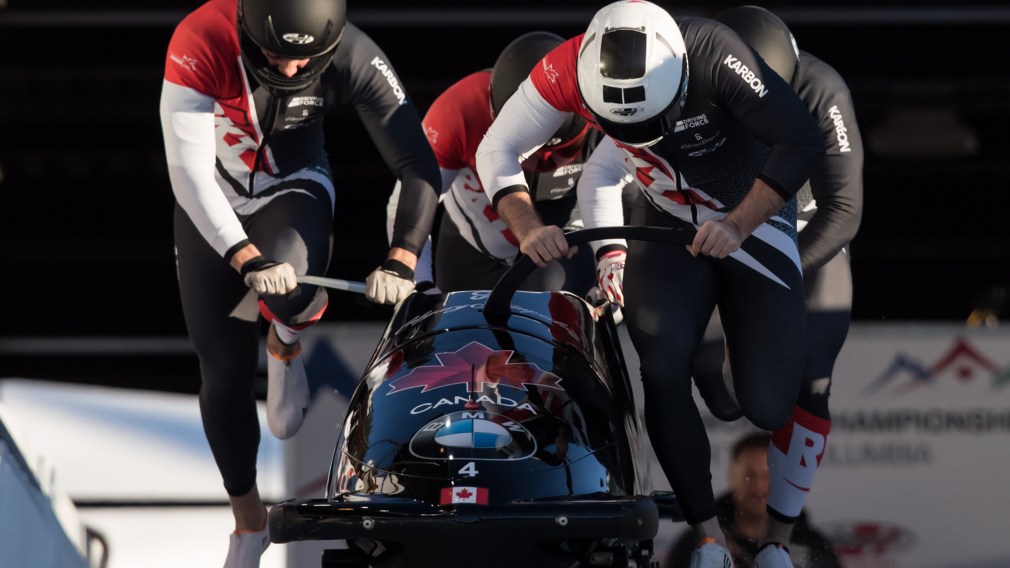 On Sunday, pilot Justin Kripps and his teammates Ryan Sommer, Ben Coakwell and Cam Stones captured a bronze medal in 4-man bobsleigh at the IBSF World Cup in Innsbruck, Austria.

With this podium, the Canadian squad secured the third overall spot in the 4-man bobsleigh world standings.

This is Team Kripps third podium of their past four races this season. Earlier this month, they claimed silver in Winterberg, Germany, followed by two bronze in St.Moritz, Switzerland.

“We were really happy to get a medal here today and especially happy to get the bronze crystal globe,” Kripps said. “We didn’t set any overall goals. We always want to be hunting down the podium, but with the covid situations it was all about building some momentum this year and seeing what we need to work on. We’ve absolutely accomplished that goal and we’re feeling great heading into world champs and the Olympic season.”

This is Canada’s second medal of the weekend overall. On Saturday, Melissa Lotholz slid to a historic bronze, becoming the first Canadian to capture a monobob World Cup medal.

Next up, Canadian bobsledders will head to Altenberg, Germany for World Championships in mid-February.