Sprint into training with Canada’s track and field stars

Sprint into training with Canada’s track and field stars 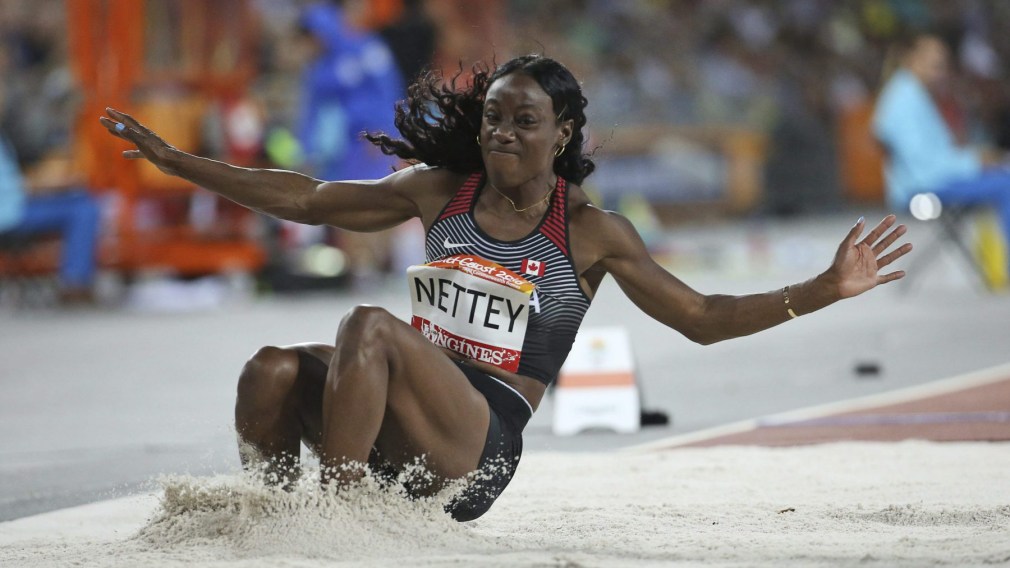 With less than six months until Tokyo 2020, Team Canada’s track and field athletes are making every day of training and recovery count.

Let’s see how they’ve been training for the upcoming Olympic Games.

It seems that sunshine and Beyoncé’s music is the ideal combination for optimal training. Just ask Christabel Nettey what she thinks about it! In her first Olympic experience, she placed 20th at Rio 2016 in women’s long jump. Watch her journey as she continues preparation for Tokyo 2020.

Don’t let the balloon fool you, it’s not anyone’s birthday. In the video below, Mohammed Ahmed uses the balloon as a tool to work and improve his breathing. After posting a best ever Canadian result at Rio 2016 when he finished an impressive fourth in the 5000m, the long-distance runner is preparing to give it all at Tokyo 2020, which will be his third Olympic Games.

Strength, cardio, balance and coordination. These are all the elements gathered in the training program of sprinter Phylicia George. A bobsleigh bronze medallist in her first Winter Games at PyeongChang 2018, George never ceases to impress us as she transitions between winter and summer sports. The 100m hurdles specialist hopes to compete in her fourth Olympic Games this summer.

In the context of a pandemic, we adapt! As Marco Arop says in the post below, it’s all about using creativity in training, especially while in confinement. After competing at the Lima 2019 Pan American Games, Arop continues to work hard to improve his time in the 800m.

Quite an arrangement! The challenge here for Pierce LePage is to jump high enough without hitting the ceiling. Discovered during the 2016 RBC Training Ground Regional Event in Toronto, LePage reached the podium at the Lima 2019 by winning bronze in the decathlon.

As every Olympian knows, recovery is equally as important as training. Sage Watson gives valuable advice on keeping her feet at their best. We remember Watson’s performance at Rio 2016, which earned her a fourth place in the 4x400m relay and a spot in the semifinals of the 400m hurdles.

A little yoga and mobility to end your day? Yes please! Whether it’s for developing mindfulness or for physical recovery, stretching is an essential part of training for Alicia Brown. Like Watson, Brown was part of the roster that came close to the podium in the 4x400m at Rio 2016.

Including nature into your training regimen can only help, right? Maria Bernard-Galea often incorporates the outdoors in her training and set off to discover new trails…in the forest! Bernard-Galea is training for the 3,000m steeplechase, which she competed in previously at Rio 2016.

Are we really surprised to see Olympians like Brittany Crew excel at various types of training like skipping rope? The shot put athlete won bronze at the Commonwealth Games in 2018 and had an excellent season in 2019, breaking her own Canadian record twice in a span of six weeks between mid-April and the beginning of June, throwing 18.69m at a meet in Germany.

Regardless of the current context, the work never stops for Andre De Grasse. We cannot forget when the Torontonian made history at the Rio 2016 Games as the first Canadian athlete to win Olympic medals in all three sprint events. After watching his wide range of training, Team Canada cannot wait to see what he has in store on the road to Tokyo 2020!