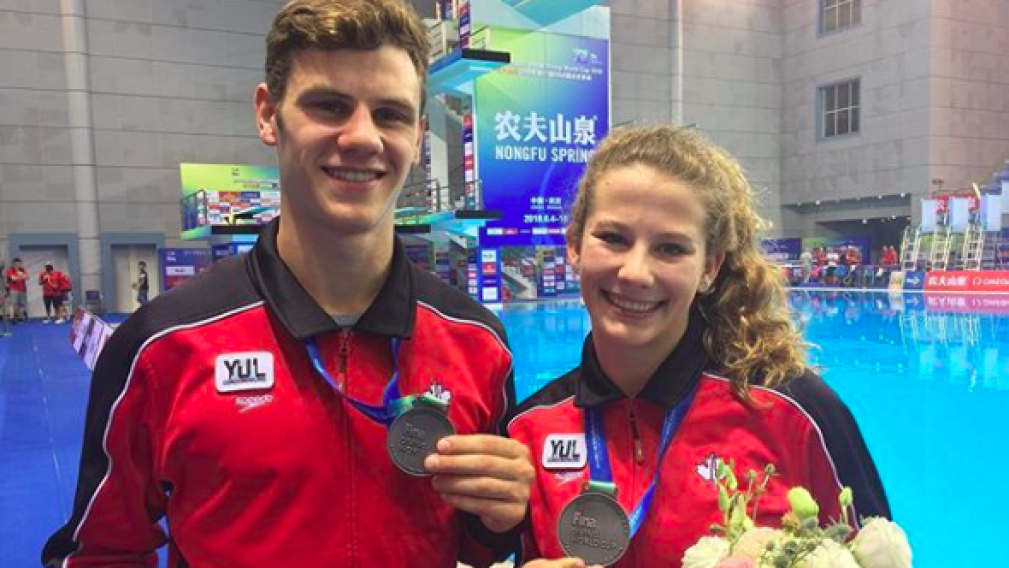 Vincent Riendeau and Caeli McKay dived to bronze at the fourth stop of the FINA Diving World Series in Kazan, Russia.

The Canadian duo reached the third step of the podium after posting a total score of 312.42 in the mixed 10m synchro event. Chinese divers Yu Duan and Minjie Zhang captured gold with 339.42 points, while Korea’s Myong Hyon II and Jin Mi Jo completed the podium with silvers (314.28 points).

Riendeau and McKay made sure of a medal 🥉 for Canada on Day 2 in Kazan in the Mixed 10m Synchro Final!
Watch live on 💻 https://t.co/bEozhdW5qV. #FINA #FINAtv #Diving #DWS19 pic.twitter.com/flgqRBxDgd

READ: Double silver for Canada at the Diving World Series in Montreal

Be sure to keep your eyes on the water as all the action in Kazan will continue tomorrow. Riendeau will be looking for another medal on Sunday as he gets ready to compete in the men’s 10m platform. Canada’s Jennifer Abel is also set to compete on the final day of competition in both the women’s 3m springboard and the mixed 3m synchro alongside Francois Imbeau-Dulac.