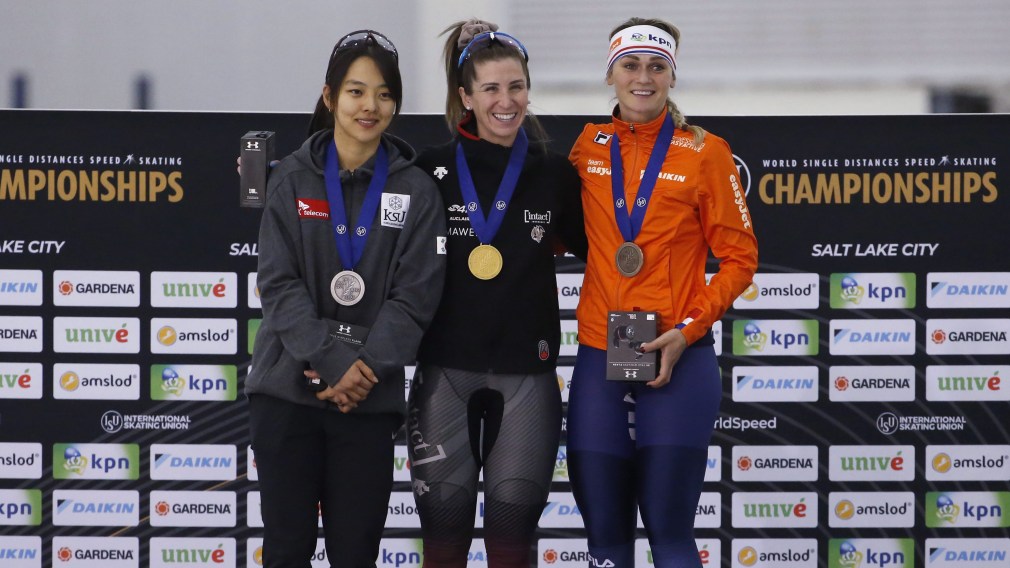 Blondin was golden in the women’s mass start on Sunday afternoon, clocking in a time of 8:14.020 to be crowned a world champion. She claimed the top spot on the podium after beating Korean Bo-Reum Kim (8: 14.22) and Dutch Irene Schouten (8:14.32), who finished second and third respectively.

🇰🇷 get their first 2020 world champs medal with🥈 for Kim Bo-Reum and 🥉 goes to Irene Schouten 🇳🇱 👏 pic.twitter.com/gh7CX3d8oP

This is Blondin’s second medal of the weekend. She took bronze in the women’s team pursuit alongside  Isabelle Weidemann and Valerie Maltais.

On the men’s side, Belchos and Gélinas-Beaulieu completed a double podium for Canada claiming silver and bronze in the men’s mass start race. Belchos skated a time of 7:39.790 for silver, while teammate Gélinas-Beaulieu followed closely behind at 7:40.270. Jorrit Bergsma of the Netherlands claimed the mass start title after crossing the finish line in 7:39.490.

😮💥👏 What a finish, as 🇳🇱 @JorritBergsma skates a brilliant last lap to take the final 🥇 of the ISU World Single Distances #speedskating. It's his first Mass Start success, and 5️⃣th world title overall 💪👍🏆