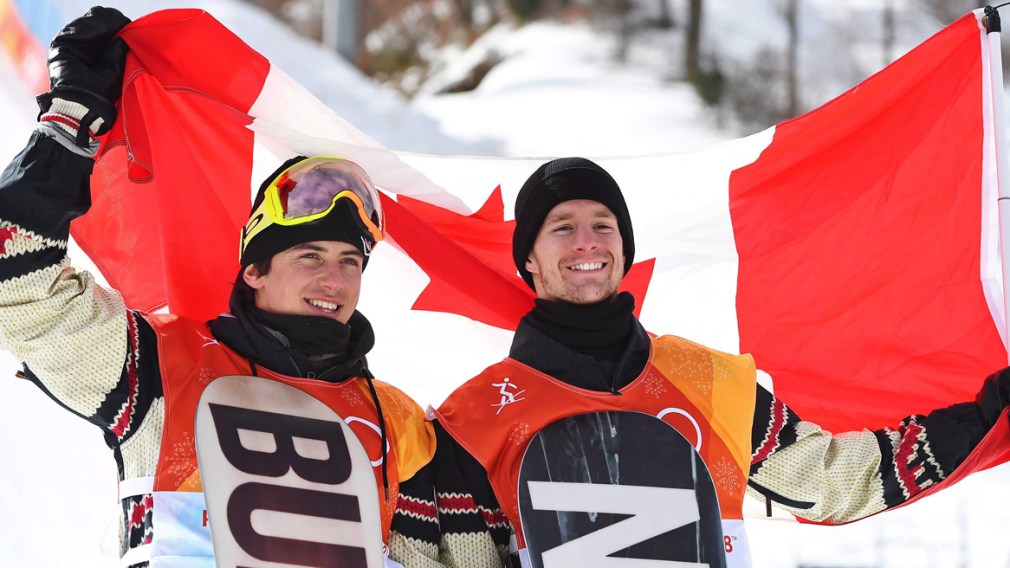 On the final day of the FIS Freestyle Ski and Snowboard World Championships in Aspen, Colorado, Mark McMorris and Laurie Blouin won gold in the snowboard big air event. Max Parrot joined McMorris on the podium in second place.

McMorris started off strong, scoring 92.75 in his first run to land at the top of the leaderboard. His second run was given 86.50 points, for a total of 179.25. He is the first Canadian man to win this event. The two-time Olympic bronze medallist has previously won two world championship medals—silver in the slopestyle event in 2013 and 2019.

His second jump of the competition was enough to secure the top spot, making McMorris the first Canadian to win the men's competition. @CanadaSnowboard pic.twitter.com/qNZ2RmTniQ

Before today, Darcy Sharpe was the only other Canadian to have won a medal in big air at Worlds—a silver in 2015. Canada’s last double podium at the snowboard world championships was 2013, when Maëlle Ricker and Dominique Maltais finished 1-2 on the snowboard cross podium.

Parrot’s best runs were his first and third, scoring him 89.50 and 88.75, leaving him one point behind McMorris. In third place with 176.25 points was Norwegian Marcus Kleveland.

Over in the women’s competition, Blouin landed on the top spot. She earned the gold medal with a total of 177.75, scoring 88.00 points in her first run, and 89.75 for her final run. Blouin has previously won slopestyle gold in 2017. New Zealand’s Zoi Sadowski Synnott tried to bump Blouin out of first on her final run, but fell on her last attempt. Rounding out the podium was Miyabi Ontisuka of Japan with 174.75 points.

Therriault had a strong first run, scoring 89.50 points to finish the first run in third place. His third run scored him 93.50 points, for a total score of 183.00, enough to secure the silver medal.

Swede Oliwer Magnusson won the event (185.25 points), while Kim Gubser from Switzerland rounded out the podium in third (180.75 points).

This is Therriault’s first time at the world championships. Last week he competed in the slopestyle event, but was unable to reach the final. His best World Cup finish occurred earlier this year in Kreischberg, where he placed ninth overall.

Canada’s athletes have won a total of eight medals at this year’s world championships.