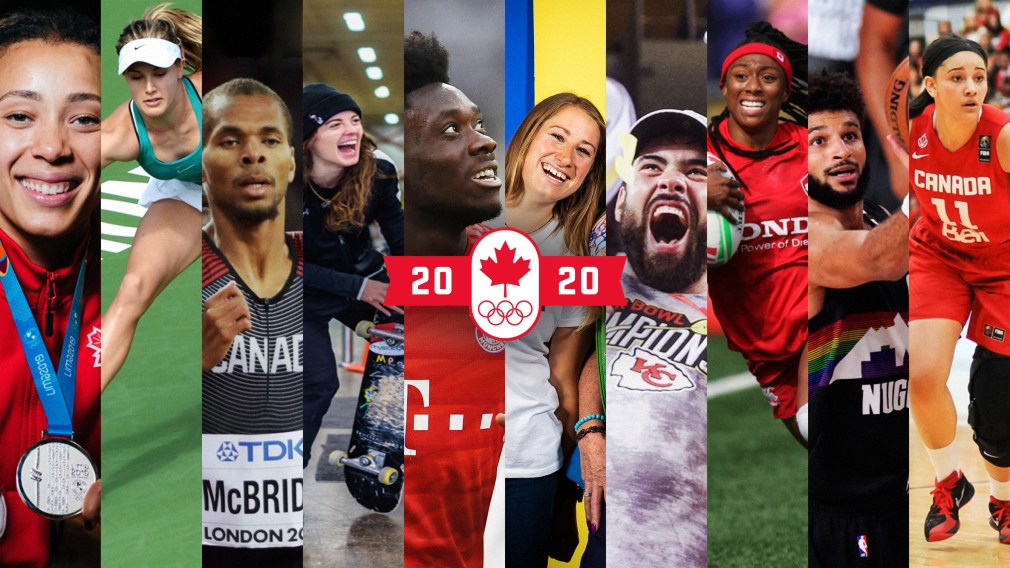 We’ve all had so many unexpected challenges thrown our way in 2020.

For many Canadians, it has been undoubtedly rough, which is why we’ve chosen to find some light in the darkness. We’re so thankful for the amazing Team Canada athletes who brought smiles to our faces even when there was not much to smile about.

Check out these 10 uplifting, truly Canadian stories from athletes who made us proud this year and led us to believe that 2020 may just have been the year of hope.

The year culminated with him being named co-winner of the Lou Marsh Award as Canada’s Athlete of the Year with Super Bowl champion Laurent Duvernay-Tardif. Davies was born in a refugee camp in Ghana and immigrated to Canada with his family at five years old. In recognition of his roots, Davies became a Supporter of the UNHCR, the UN Refugee Agency in early 2020, knowing that he had a public profile that could be used to raise awareness and financial support for refugees.

The other co-winner of the 2020 Lou Marsh Award, Laurent Duvernay-Tardif, makes this list for his off-field efforts. Of course, he first made headlines when he won the Super Bowl with the Kansas City Chiefs in early February, becoming just the ninth Canadian-born player to get a Super Bowl ring.  But he did not stop there. A graduate of McGill University’s medical school, Duvernay-Tardif was quick to join the frontlines amidst the COVID-19 pandemic, working as an orderly at a long term care facility in Quebec. He then chose to defer a $2.75 million (U.S) salary and sit out the 2020-21 NFL season to continue that work.

Since he first represented Canada in 2013, Jamal Murray has become a player that you cannot miss in the NBA. While in the bubble, Murray led the Denver Nuggets in scoring during the playoffs as they reached the Western Conference Finals. In the second round, he scored 142 points over three consecutive games, putting him amongst legends. But his words and actions regarding racial inequality and social justice made even more of an impact. In a post-game interview following a 50-point effort, he spoke about his custom sneakers bearing images of George Floyd and Breonna Taylor.

“We found something we’re fighting for as the NBA, as a collective unit…and I use these shoes as a symbol to keep fighting all around the world.”

A force for Team Canada at the FIBA Women’s Olympic Qualification Tournament, Natalie Achonwa helped her team to a perfect 3-0 record to secure their tickets to Tokyo 2020. Achonwa racked up 18 points, eight rebounds, and two assists in the final game against Japan. Five months later, Achonwa received the WNBA Dawn Staley Community Leadership Award, rewarding her activities during the offseason.

The basketball star stayed connected to fans and the community with “Nat Chat,” which serves as a social media hub to discuss issues regarding mental health and racial injustices. She included many prominent figures in her discussions and later took part in the Monumental March and the Voter Registration peaceful protest in Indianapolis. Achonwa is a strong believer in athletes using their platforms to amplify the injustices that are faced within their communities and around the world.

These rugby sevens teammates made sure their voices were heard in the fight against anti-Black racism this year. In June, Charity Williams aided in the organization of the Peace Rally in support of the Black Lives Matter movement in Victoria and delivered an empowering message to those attending. When Pam Buisa was asked to attend a Black Lives Matter march, she was quick to offer her assistance with logistics and has evolved into being one of the primary organizers of Black Lives Matter rallies in the British Columbia capital.

Separately and together, they showcase the power of using one’s platform to help empower other voices. Like other athletes, they also amplified the importance of recognizing that racial injustices exist in Canada as well.

This summer, 800m national record holder Brandon McBride told Olympic.ca about his personal experiences with racism and discrimination, because to address an issue, the first important step is to accept that there is one. He touched on the need for racial sensitivity training, especially in the world of sport. One way in which he has used his platform is in starting a not-for-profit, the McBride Youth United Association that benefits Black and minority youth in Windsor-Essex County.

RELATED: Brandon McBride: Keeping His Head on a Swivel

As a female canoeist, Haley Daniels has been a strong voice in advocating for gender equality in her sport. She will see the fruits of her labour next summer when women’s canoe events are included on the Olympic program for the first time at Tokyo 2020. But this year has been a big one in another way for Haley.

Her father, Kimberly, an Olympic canoe slalom judge, made the courageous decision to come out as a transgender woman.  It was truly inspiring to see the support and strong bond of this father-daughter relationship because living openly as one’s true, authentic self is something to be celebrated. In Haley’s own words: “I only get one family and one dad, so it was natural to support her transition and welcome this journey together.”

RELATED: Haley Daniels: Proud to be a pioneering paddler and daughter of a transgender dad
RELATED: Kimberly Daniels: Sharing my transition and Olympic journey with my canoeist daughter

In speaking to Olympic.ca, Annie Guglia made it clear once and for all that skateboarding is not just a place for heterosexual males. She talked about how the skateboard community has become so much freer and more inclusive, her role as an ambassador for the LGBTQ2+ community, as well as accepting herself and not letting anyone take that away from her. The Tokyo 2020 hopeful is an inspiration for all, especially those out there who have talked themselves out of their dreams because of intimidating stereotypes.

A true win for clean sport came to Canada when boxer Tammara Thibeault received a medal upgrade for her performance at the Lima 2019 Pan American Games. After Panam Sports disqualified Colombia’s Jessica Caicedo following anti-doping tests, Thibeault’s bronze in the women’s 75kg category was upgraded to a well-deserved silver medal. Thibeault showcases true passion and integrity as an athlete and this moment proved that hard work will always prevail. 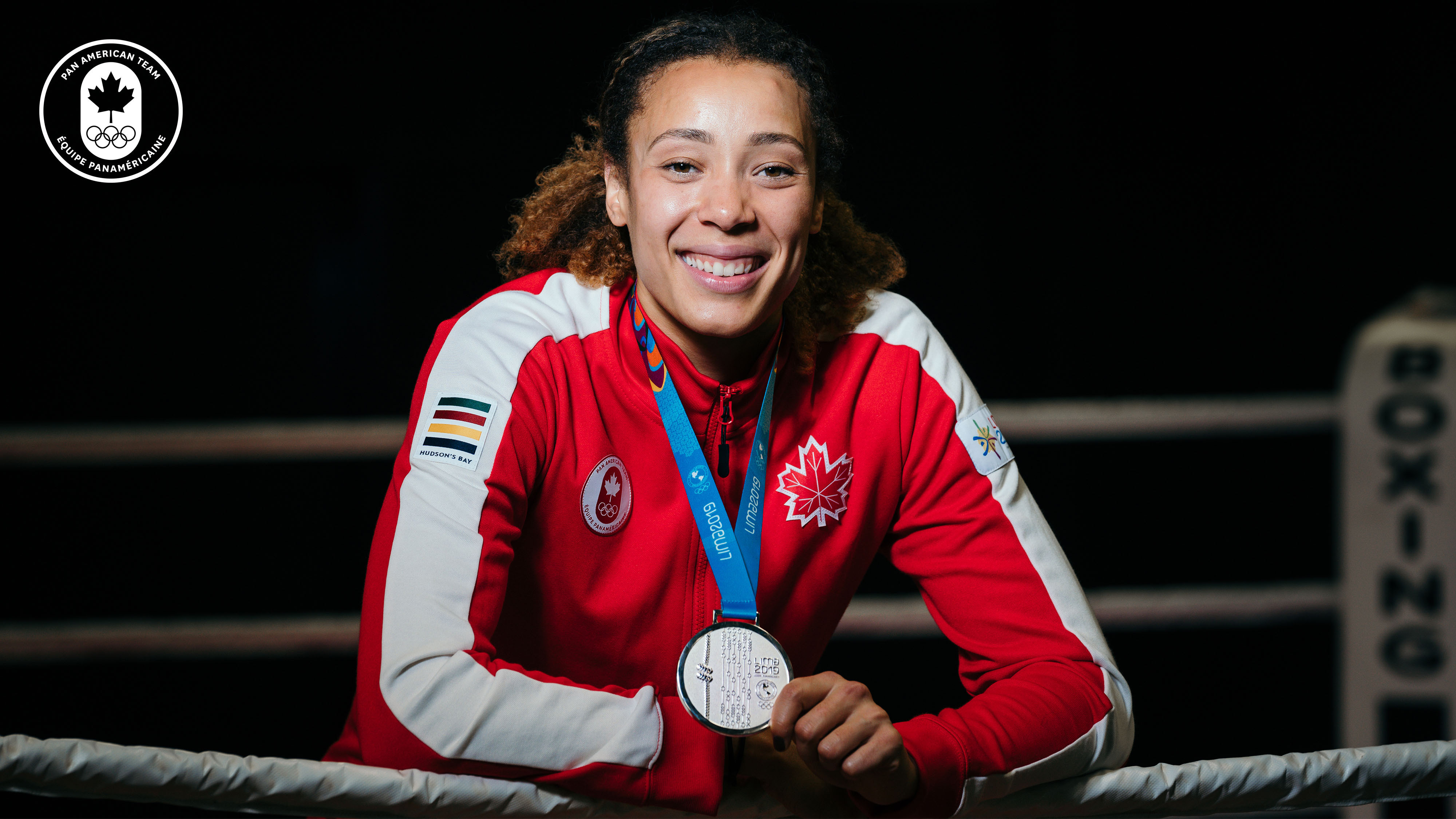 Sincere moments of kindness would melt just about anyone’s heart, even during a cold Canadian winter. Earlier this year, tennis star Genie Bouchard caused a heartwarming chain of reactions on social media when she got wind of a fan willing to sell her Genie Bouchard prize package to raise money for new hearing aids. Not wanting the fan to sell her prize, Bouchard offered to pay for the hearing aids herself. A Mississauga-based company then went one step further, tweeting to the fan that they would be happy to provide new hearing aids free of charge. Bouchard later remarked that she would still send the fan something in addition to the hearing aids, curating the perfect happy ending.