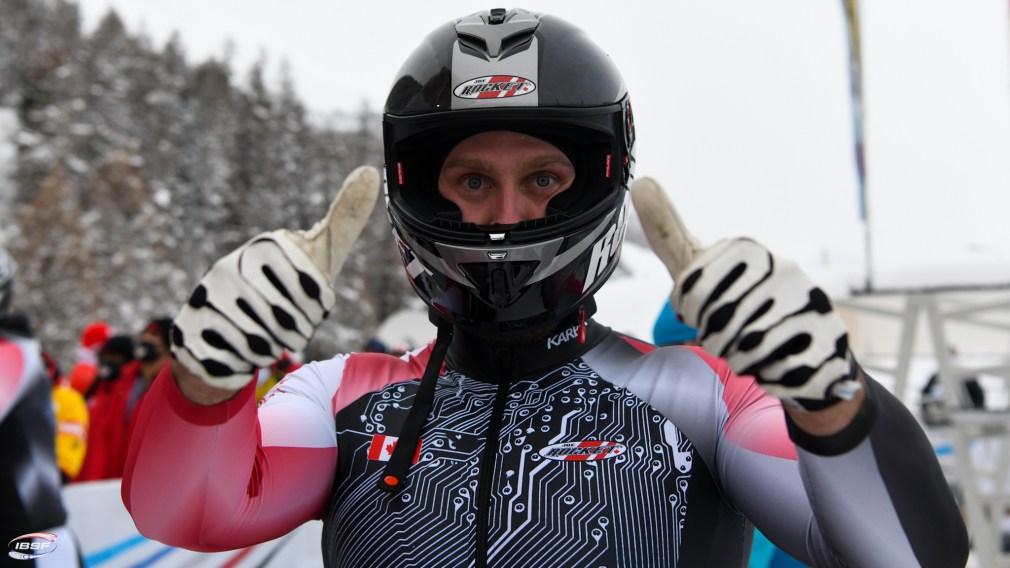 From the ice to the snow, there were multiple podium performances by Canadian athletes this past weekend.

Bobsledders and skiers were back in action on their World Cup circuits, while Canadian figure skaters watched themselves compete at the Skate Canada Challenge from the comfort of their own living rooms.

In case you missed the action, let’s slide into the details:

Justin Kripps drove his way to back-to-back bronze medals, first with Cam Stones in the two-man event on Saturday, and then with Stones, Ryan Sommer and Ben Coakwell in Sunday’s four-man. Kripps is just the third Canadian pilot to ever win a medal in both the two-man and four-man World Cup events on the same weekend in St. Moritz.

Kripps and Stones put down two solid runs to secure their first career two-man podium in St. Moritz with a two-run time of 2:12.84. The bronze on Sunday was the crew’s second four-man podium of the World Cup season, which the Canadian team joined only last week after deciding to stay home during the fall.

First World Cup medal of the season for Irving

Lewis Irving reached the men’s aerials podium for the first time this season in Sunday’s World Cup competition in Yaroslavl, Russia. He put up a final score of 120.36 to capture bronze, for his fourth career World Cup podium finish.

For most Canadian figure skaters, the 2021 Skate Canada Challenge was their first competition of a season completely upended by COVID-19. It was a new experience for all, with the competition being held virtually. Competitors performed their programs in front of video cameras several weeks ago at venues across the country. They were submitted to be judged in real time during the event, which has been held over the past two weekends.

Skate Canada Challenge usually serves as a qualification event for the national championships, which were scheduled for mid-February in Vancouver. It was announced last Monday that the nationals would be cancelled due to the pandemic.

Canada’s best tennis players will take part in the Australian Open, the third Grand Slam to be held during the COVID-19 pandemic and first of the 2021 calendar year. The 2021 tournament will take place February 8-21, with the qualifying rounds recently completed.

Canada has four seeded players this year and a total of five Canadians playing in the singles tournaments.

Denis Shapovalov arrives in Melbourne as the top-ranked Canadian man and 11th seed in the tournament. Milos Raonic is seeded 14th, a great improvement from 32nd in 2020. Canada’s last seed is Félix Auger-Aliassime, who is the 20th seeded player of the Aussie Open for the second year in a row. This will be his second appearance in the main draw.

Joining Andreescu in the women’s draw is Rebecca Marino. Qualifying for the 2021 Australian Open, Marino overcame adversity to make her first Grand Slam main draw in eight years. Marino won all three of her qualification round matches in two sets to qualify for the main draw.

The 30-year-old is seeking the second comeback of her career. She left tennis behind for five years from 2013 to 2017 to focus on her mental health. The qualification tournament marked her return to competition after another year and a half away due to injury.