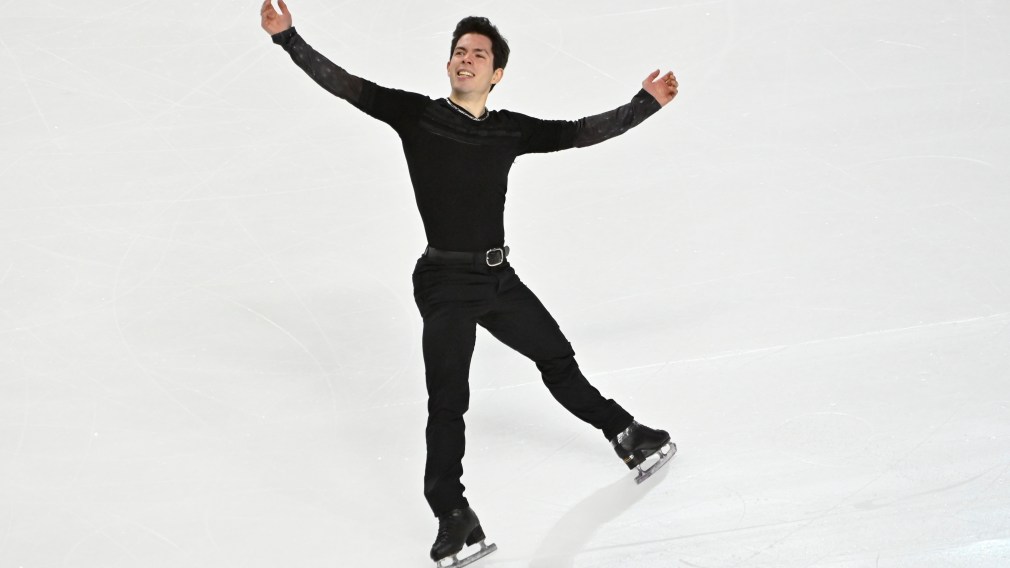 Amidst the Covid-19 pandemic, some competitions have resumed for Team Canada athletes with strict health measures in place.

Despite these extraordinary times, Team Canada athletes rolled up their sleeves and some found their way to the podium.

Here is what you missed this weekend.

This medal and those skates go out to team canada for those who had to stay home. My heart goes out to all of you. this was for you. I miss you all and can’t wait to compete with you guys again

Keegan Messing was the only Canadian skater competing at Skate America, the first stop of the Grand Prix this season. This event could only be attended by athletes who live or train in the United States.

Messing did not disappoint, winning the men’s bronze medal.

A new sister act in tennis?? @leylahfernandez and sister Bianca Jolie Fernandez finish runners up in doubles at Sharm El-Sheikh. 🥈🥈

We know Leylah Annie Fernandez well – but do you know her sister, Bianca? Together they reached the finals of an ITF doubles tournament in Sharm El-Sheikh, Egypt. Definitely a doubles pair to keep an eye out for.

Also in doubles news, Gaby Dabrowski reached the finals at the Ostrava tournament in the Czech Republic. She played with Brazillian Luisa Stefani.

Ostrava – We came up short in the finals, but I can’t speak highly enough of this tournament. From the staff, to the food, the game room, and the organization… everyone did amazing (especially considering the event only had a few weeks to prepare!) Thank you @jtbankaostravaopen, it was a pleasure to be here. #wta #womenstennis #womensdoubles

Four medals for Canadian judokas on their return to the tatami

Budapest Grand Slam 🇭🇺✨ With less than 2 weeks notice for the first competition since Covid, there were a lot of uncertainties about how things may go. I’m happy to win gold, and to have the validation that I am still on the right track despite everything that is going on. Looking forward to the next competition, whenever that might be. Thanks to everyone for their support and messages❤️

Out of the five Canadians who travelled to the Judo Grand Slam in Budapest, Hungary, four returned with a medal. Not bad for the first competition since March, eh?

Jessica Klimkait got the ball rolling on Friday, dominating the -57 kg category and finishing atop the podium. This victory helped her reach the top spot in this weight category in the IJF standings!

On Saturday, it was Antoine Valois-Fortier (-81 kg) and Arthur Margelidon (-73 kg) that reached the podium, winning the silver and bronze medals, respectively.

Finally, on Sunday, Shady El Nahas rounded off Canada’s impressive weekend by taking the bronze in the -100 kg category.

Top three finishes for Canadian swimmers at the ISL

The International Swimming League (ISL) entered its second season a few weeks ago. Divided into various multi-nation teams, the Canadian swimmers collected many points by accumulating some top three finishes during the third match on Saturday and Sunday.

Among the many top Canadian performances there was: Rebecca Smith in the 200m freestyle, Kylie Masse in the 100m backstroke (in addition to the silver in 200), as well as the double of Tessa Ciepucha, who finished second in the 400m individual medley and third in the 200m butterfly.

Mike Woods leads the Canadian pack at Vuelta a España

What a ride 🚴‍♂️ from 🇨🇦 Michael Woods!

He finished second 🔥 on Stage 6 of the Vuelta a España! 💪 pic.twitter.com/8cawUaOO3A

Canadian Michael Woods finished second in the sixth stage of the Vuelta a España race on Sunday, just 25 seconds behind the leader.

He could repeat (or even surpass?) the feat in the coming weeks: this competition spans 21 stages, in three weeks across Spain.