A few of Team Canada’s favourite things about Japan

A few of Team Canada’s favourite things about Japan 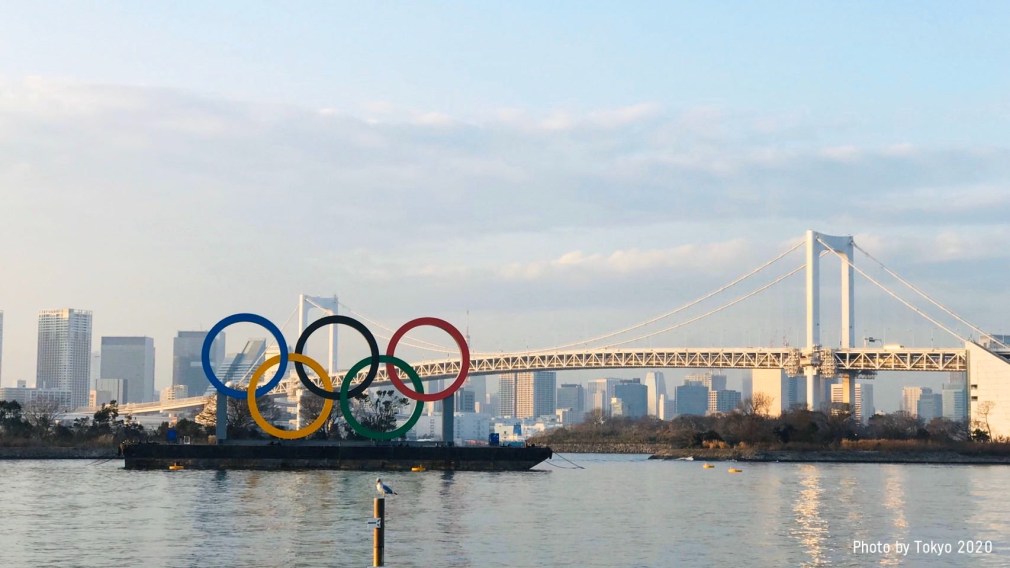 As athletes gear up for the Olympic Games in Tokyo, it’s not just their sports they’re excited about.

Whether it’s the food, the culture, or the chance to explore a new country, Team Canada’s Olympic hopefuls are excited to get their feet on the ground in Japan next summer.

If eating was an Olympic sport, we’re sure some Team Canada athletes would win gold.

Japan is known for its ramen and sushi but also the budget food haven that are corner convenience stores and even sharing a coffee with an owl. No matter what it is, these athletes are ready to try (almost) anything.

“I feel like it’s very easy as a foreigner to go and feel at home once you figure out the food. I love myself a good bowl of ramen. Ramen is where it’s at, 100 per cent.”

“We went to a café for 30 minutes with little pigs. And there was one with owls…The whole sense of wonder that you would never find [in Canada] because you didn’t even know it existed. I think that’s my favourite thing about Japan, you always find something new to discover.”

“I love ramen. It was great… I’m not like a really big sushi eater, but the ramen was really fantastic. The culture is cool too, going to the temples and Asakusa [district] was really neat. It was beautiful.”

My trip to Tokyo was a learning experience, it wasn’t how I had the trip planned out in my head but sometimes things go differently than expected and that’s okay. 🇯🇵 • Now I am back home with some time to reflect as my 2019 season has officially come to an end. It’s a little earlier than originally planned but sometimes you just have to do what’s good for the mind & put expectations aside. This year was one of the hardest and best yet. So much travel and racing, new experiences and new places. It’s amazing to think of all the new places I went, just this year because of my bike, I’m so thankful for that. Thank you to every person who supports me, the network of people behind me is incredible, so thank you to each and everyone one of you for helping me through this season. 🚲💗 Now, I’m going to sleep, catch up on some pie, do yoga & go to the pumpkin patch ✌🏼🎃😴 #bmx #girlswhoride #vacationtime #travel • 📷- @navadanet

“They do so many different types of eggs… And you can get these boiled eggs that have been soaked in soy sauce and vinegar. And it is amazing. They’re perfectly boiled eggs, medium boiled eggs, so they’re like nice dark yolk but soft and oh man, over the moon about the eggs.”

From bonsai trees to vibrant street corners to the amazing architecture, these athletes are not only excited to compete for their country, but to be immersed in another.

“I think it’s one of the coolest places I’ve been because it’s so different from anywhere else. The culture, the buildings, the people. Everything about it is so different from Europe [or] from North America…The accumulation of all of that makes it awesome in my eyes.”

“It all started from watching the TV show Suits and Louis Litt. [Watching] him getting his scissors and just like cutting it [bonsai tree] a little bit; spraying the water bottle on it and it looks so peaceful. When we went to Japan this year and I got to see real life bonsais and I was like, ‘this is so cool.’”

“I went to Yokohama and then we went to Tokyo this year [2019], which we went in like cherry blossom season so it’s beautiful. And it’s so clean and everyone’s so nice and the food’s so good.”

“The people are just so incredibly nice and they’re so proud of their culture and excited to show it off to anyone and to the foreigners who come… and they go [out of] the way to do it.”

Canadians have always been known for being polite, welcoming, and friendly. For these athletes, the script is flipped as they rave about the people in Japan.

“[I] had the opportunity to train with a bunch of the Japanese guys in Australia every year and just the respect and the hard work that they have and they’re doing everything with a smile on their face. They’ll go out there, they’ll do their training, and they’ll be so regimented, and they’ll be military style, like two by two. But they’ll be laughing and joking. […] They come at it with this really kind of fun approach to things. It’s really cool to see.”

One year ago today in Wajima, Japan I qualified for the Tokyo 2020 Olympics. What a difference 12 months can make as I’m now seemingly training for the Sapporo 2021 Olympics. However you’re dealing with this changing world, I hope you’re all well and keeping one eye on the prize, whatever that may be for you.

“The way that the people in Japan just present themselves—it’s always just really respectful. Even on the subway, you can’t talk on your phone because the cars are meant to be quiet. It’s eye opening to see what the world could be like, if everybody was a little bit more respectful and kind.”

My experience here in Tokyo has come to a close for this year and what better way to spend my last night than with my good friend Takaharu Furukawa and the Japanese men’s team. He took me to have food that his city (Osaka) is known for: the balls contain octopus and ginger, and everything else was various fried food (pork, beef, yam, liver, quail eggs, ginger, roe). These would not be foods that I would think are Japanese, but it was definitely a great experience, especially when the servers made us role dice when we ordered high ball drinks: a pair gets you a free drink, and even number gets you a discount of 50%, and an odd number gets you a double-sized drink at double the price. I hope I can return the favour if the Japanese team comes to Canada ☺️

“The people are just so hospitable and super welcoming and just treat you like they’re your own. You know, just reminds me, honestly, of Canada, and in that regard, just wonderful people, very welcoming, super genuine.”

SO happy to be running home to my teammates 😍 miss you guys. I must add that on this day, if I am not mistaken- our team combined to hit 8 dingers (yes in one day) 👊🏼 @newbalance @rawlings_canada

For these athletes, Tokyo 2020 presents another level of excitement, beyond just competing at the Olympic Games, as they will experience visiting Japan for the very first time.

And they’re more than ready to soak it all in.

“I’ll just be taking a lot of people’s word for it and recommendations and just sort of going along for the ride because I don’t have any really solid preconceived notions about the country. I’m excited to be immersed in it all.”

“I’ve heard so many interesting things. I’m big into trying new foods […] I’m just excited to, hopefully, be in the Olympic atmosphere and just see how excited everybody is to be there also.”

“They say the best move is to go to a fish market. You want to try the fresh fish and I don’t know if it’s gonna taste different, but they say it’s the best place to have it. So I have really high expectations, to be honest”.