Track and Road Cyclists Nominated to Team Canada for Tokyo 2020

Track and Road Cyclists Nominated to Team Canada for Tokyo 2020 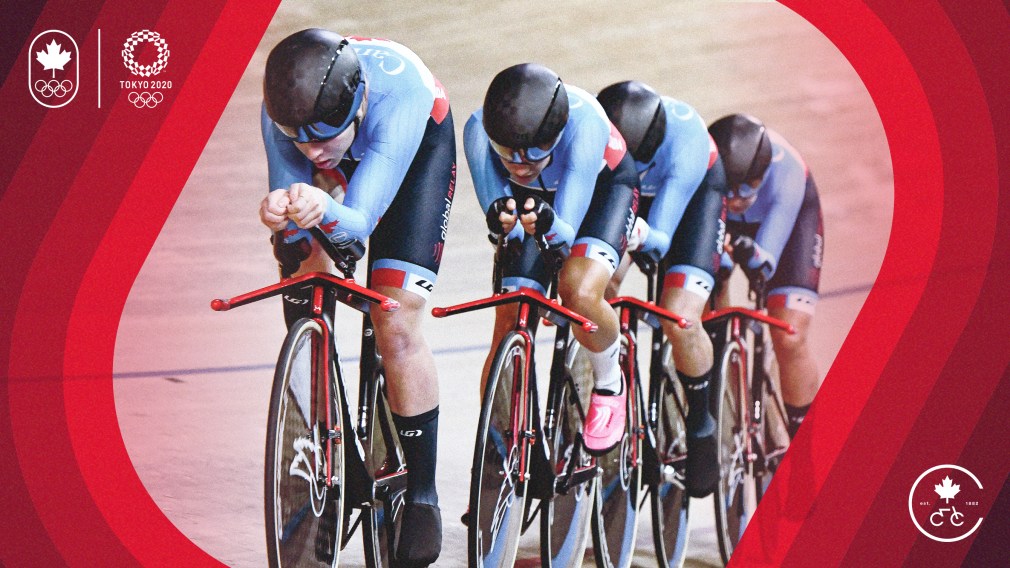 The first athletes officially nominated to Team Canada for the Tokyo 2020 Olympic Games include 13 track cyclists and four road cyclists.

Of the track nominees, five have Olympic Games experience, including Georgia Simmerling, Allison Beveridge, and Jasmin Duehring, who all won bronze at Rio 2016 in the team pursuit. Sprinter Hugo Barrette will make his second straight Olympic appearance, while Vincent De Haître – already a two-time Winter Olympian – will compete in his first summer Games.

On the road, the first four nominees – Mike Woods, Hugo Houle, Leah Kirchmann, and Karol-Ann Canuel – were all members of the Rio 2016 team. 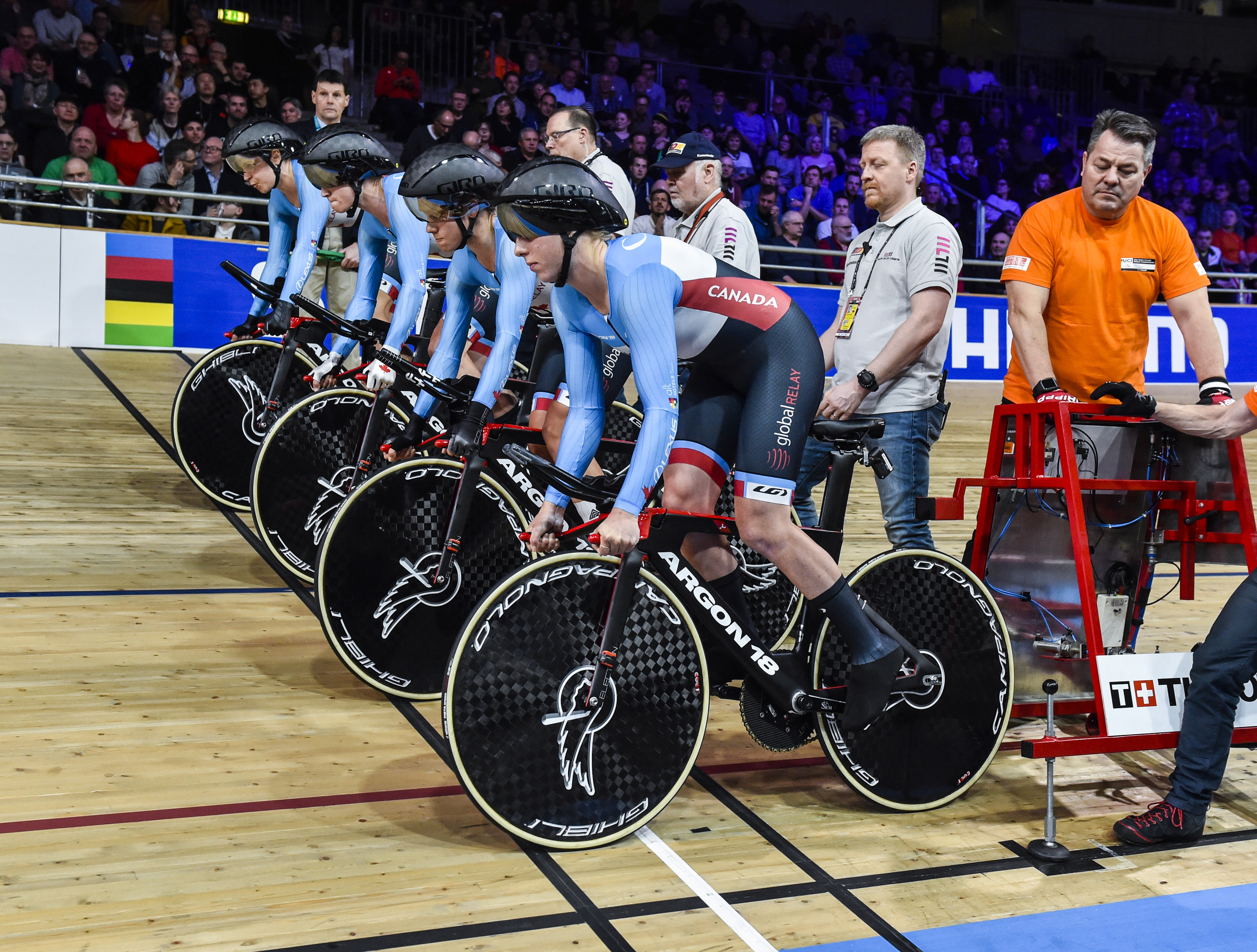 Canada has won two straight Olympic bronze medals in the women’s team pursuit. Looking to keep that streak alive will be Simmerling, Beveridge, and Duehring, who will be joined by Annie Foreman-Mackey and Ariane Bonhomme. Canada has finished fourth in the event at the last three UCI World Championships, using various combinations of those women in the four-person race.

Beveridge is also nominated for the omnium, in which she has won multiple World Cup medals, including a silver and a bronze this past season.

“I am honoured to have been selected to represent Team Canada at the Tokyo 2020 Olympic Games. For any athlete, the opportunity to represent their country on an Olympic start line is a dream come true, and even after two previous Olympics I do not take that for granted,” said Duehring. “With experience comes greater responsibility and I know that my teammates and I will face our biggest challenge to date next summer. Not only is our competition stronger than ever before, but the buildup and preparation will obviously not look as expected. With that in mind I hope to bring increased focus and tenacity to the team as we attempt to continue and build on the momentum of this past season all the way to the start of the Games.”

Aside from the back-to-back Olympic medals, Canada has a rich history in the women’s team pursuit, winning five straight world championship medals from 2012 to 2016. 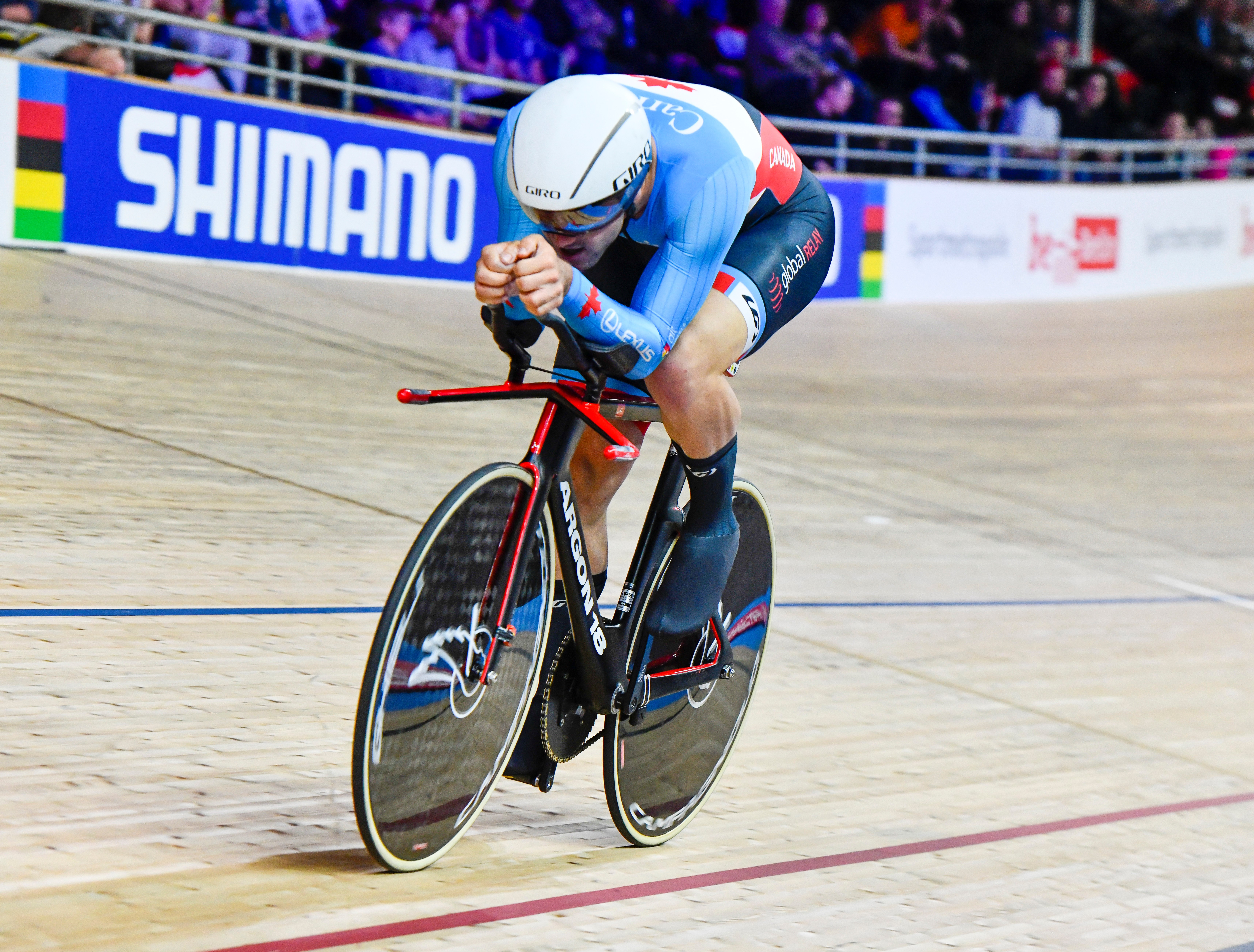 On the men’s side, Cycling Canada has nominated speed skater-turned-cyclist De Haître to make his summer Games debut in the team pursuit. He is joined by Michael Foley, Derek Gee, and Jay Lamoureux who will all be first time Olympians in Tokyo. All four men have been part of the recent upward curve of success for Team Canada.

Canada last qualified for the men’s team pursuit at Montreal 1976. But in the last few years, the current squad has been on the UCI World Cup podium, taking a bronze in November 2018, which was followed up with a silver in January 2019.

Foley and Gee have also been nominated to compete in the Madison, in which Canada competed only at Beijing 2008, the last time the event was included on the Olympic program. 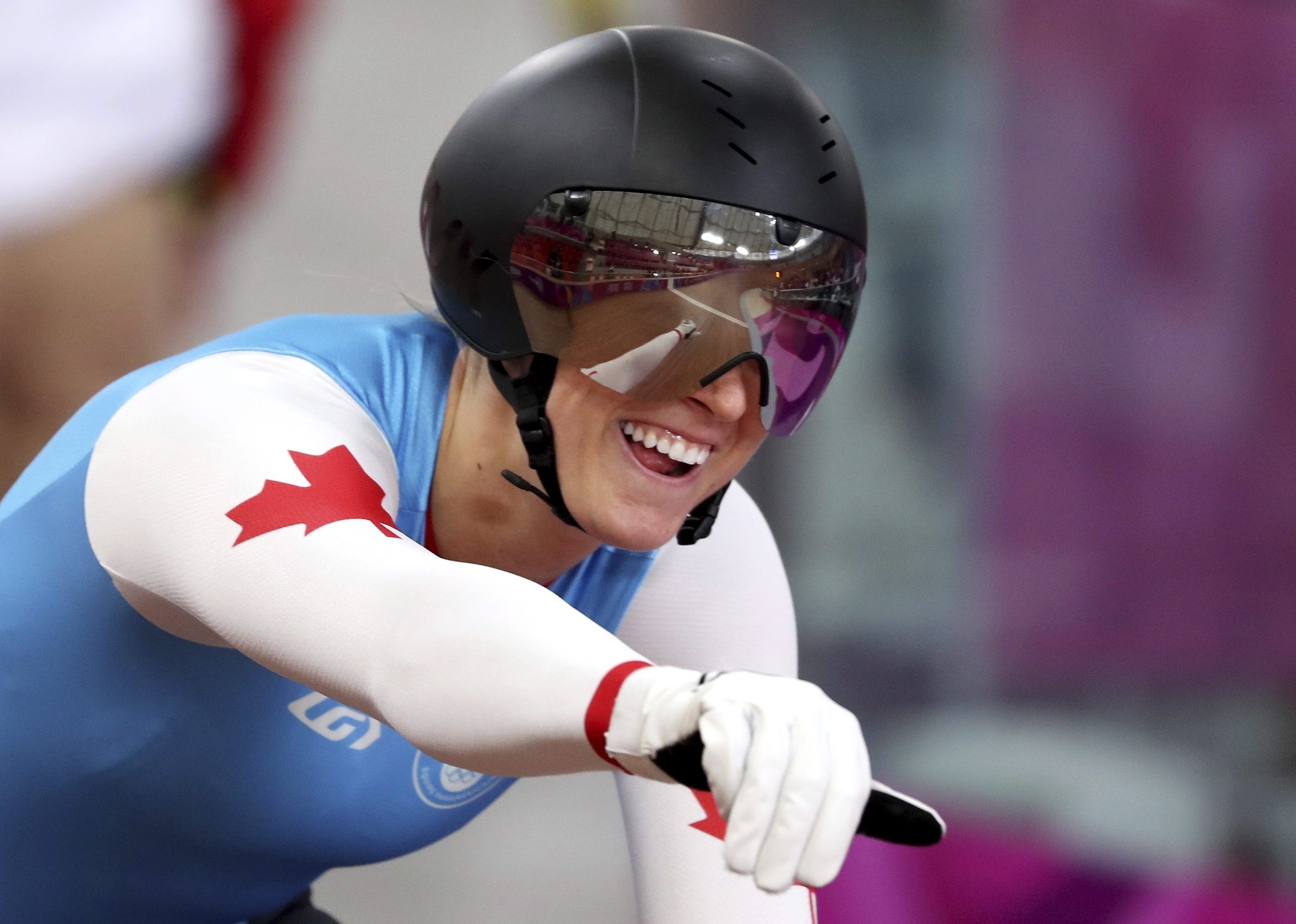 Kelsey Mitchell celebrates after racing in the women’s sprint at the 2019 Pan American Games in Lima. (AP Photo/Fernando Vergara)

After being identified by Cycling Canada via RBC Training Ground in 2017, Kelsey Mitchell and Lauriane Genest have been nominated for their first Olympic Games to compete in the individual sprint and keirin events.

Mitchell had a breakout year in 2019. Just months after her World Cup debut, she won Pan Am Games gold in the women’s sprint at Lima 2019 and in September, broke the world record in the flying 200m sprint. She finished the 2019-20 World Cup season ranked second overall in the sprint, having earned her first three career World Cup podiums. In her world championship debut in February 2020, she finished fourth in the sprint.

“In 2017, I attended RBC Training Ground as a last chance to follow my dream of going to the Olympics,” said Mitchell. “A dream I have cherished for so long is finally going to become a reality in one more year! Although I was initially upset, I’ve decided to look at the Games postponement as a blessing in disguise, which gives me an extra year to get stronger in the gym, to become even better at riding my bike, and to grow even more as an athlete. My initial dream was to go to the Olympics, but now I’m dreaming of winning a medal for Canada!”

Genest made her own headlines this past season, standing on her own first World Cup podium when she took keirin silver in December.

Veteran Barrette and rookie Nick Wammes have both been nominated in men’s sprint and keirin. Barrette’s competitive record includes multiple World Cup medals while Wammes debuted on the circuit in January 2019.

Woods, who in 2018 became the first Canadian man to win a world championship medal in the road race since 1984, headlines the road cycling team. Among his other notable results are winning the 2019 Milano-Torino one-day race and a stage of the 2018 Vuelta a España. He will be joined on the start line of the road race by 2015 Pan American Games gold medallist Houle, who will also race in the time trial. Another man, who would compete in the road race, will be nominated to the Olympic team at a later date.

“I believe Mike and I are at a higher physical level and a lot more competitive than in 2016,” said Houle, recognizing the teamwork that will be at play in the road race. “We have accumulated a lot of experience since then especially in the areas of strategic positioning, energy management and understanding the race. I believe Mike is a much more complete rider now. He has made incredible progress in terms of his positioning in the peloton. He has proven at the World Championships that he is capable of reaching for the podium.” 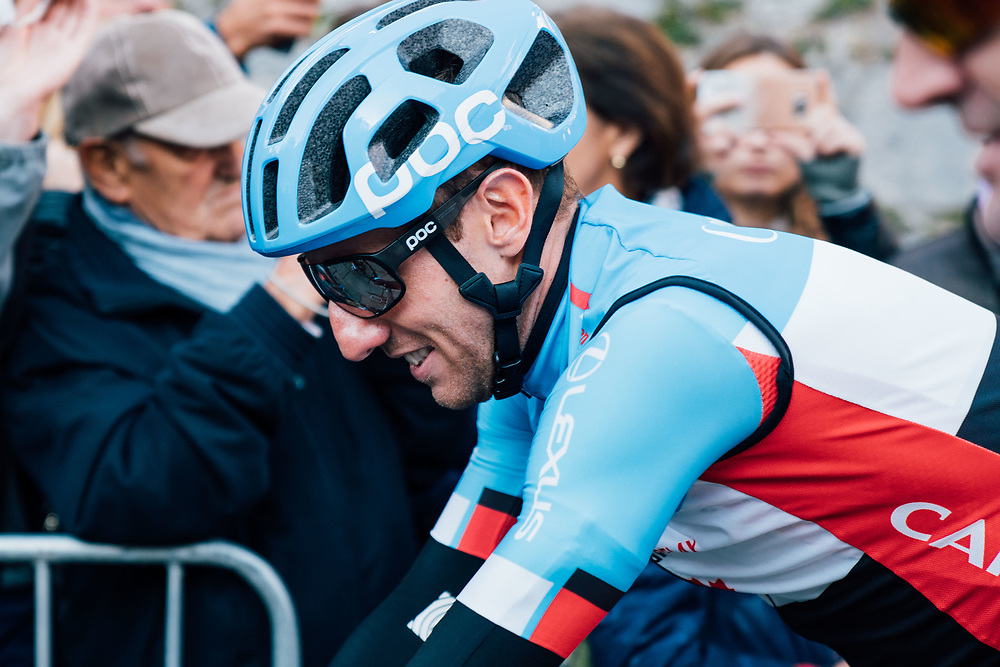 Canuel and Kirchmann will both compete in the road race and time trial. From 2014 to 2018, Canuel won five straight world championship medals in the team time trial (a non-Olympic event) with two different professional teams. Individually, she finished sixth in the road race at the 2018 Worlds. 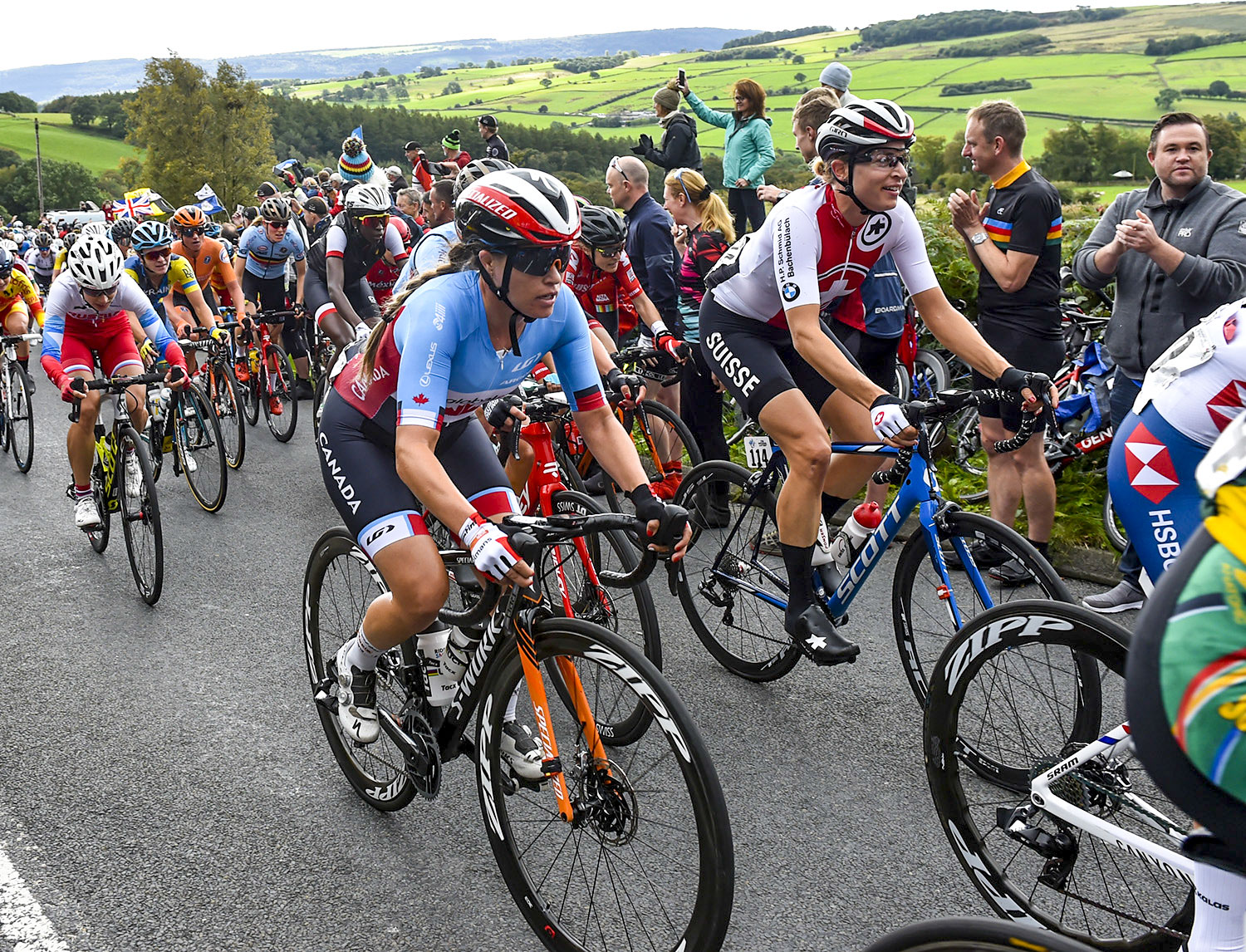 Kirchmann has a couple of her own team time trial medals from the world championships, including a gold in 2017. A year later, she missed the podium in the individual time trial, finishing fourth. In 2019, she finished second in La Course, a one-day women’s race held by the Tour de France.