12 Team Canada athletes who are Winter and Summer Olympians

12 Team Canada athletes who are Winter and Summer Olympians 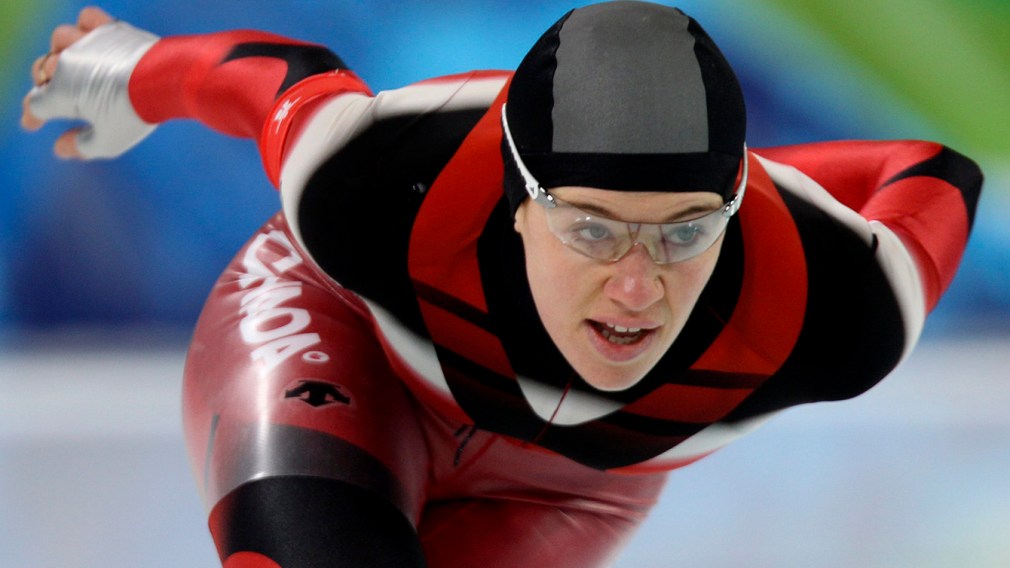 Most people (athletes included) tend to like either the summer or the winter.

But for these 12 athletes, both seasons are their favourite as they have competed at the summer and winter Olympic Games.

Hughes has won six Olympic medals in her two sports. Her impressive resume makes her the only athlete in the world to win multiple medals at both the summer and winter Games.

In her Olympic debut at Atlanta 1996, she won two cycling bronze medals in the road race and time trial. But that was just the start of her celebrated legacy.

After Sydney 2000, Hughes competed at three straight Winter Games in long track speed skating. At Salt Lake City 2002 she won bronze in the 5000m. Four years later at Turin 2006, she won gold in 5000m and silver in the team pursuit. 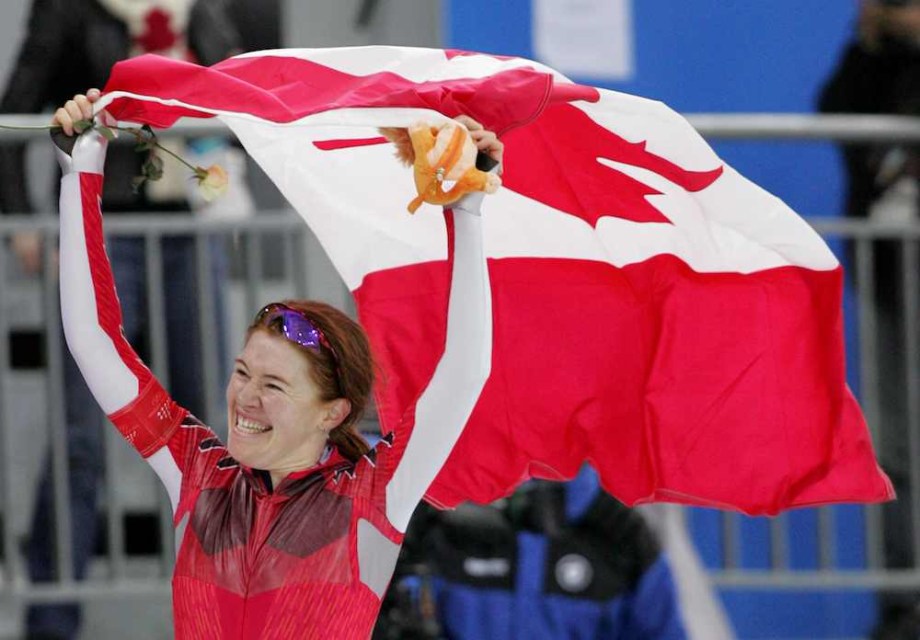 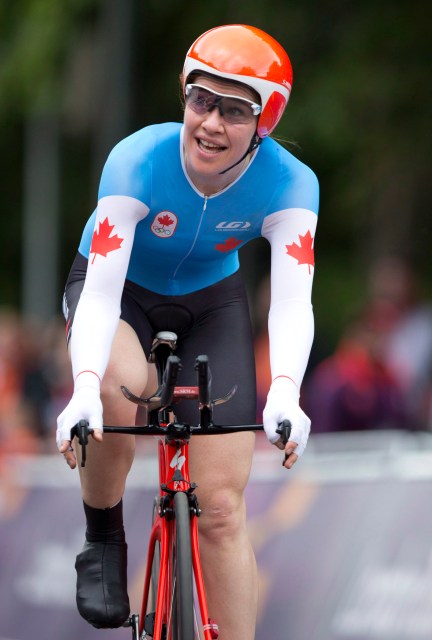 Hughes was Team Canada’s flag bearer at the Vancouver 2010 Opening Ceremony and, to make the home Games even more special, she won another bronze in the 5000m.

But her Olympic journey didn’t stop there. To give herself another challenge, she returned to road cycling and qualified for London 2012 where she finished fifth in the time trial.

Her spectacular performances weren’t ignored. Hughes’ honours include the Order of Canada, a star on Canada’s Walk of Fame and induction to Canada’s Sports Hall of Fame.

Hearing the crowd roar as Team Canada walked into the Vancouver 2010 Opening Ceremony is something Simmerling will never forget. But it is her athletic diversity which makes her unforgettable. Simmerling is the first Canadian to compete in three different sports at three Olympic Games.

At Vancouver 2010 she was an alpine skier. A year later, she had switched over to ski cross and went on to qualify for her second Olympic Winter Games at Sochi 2014. 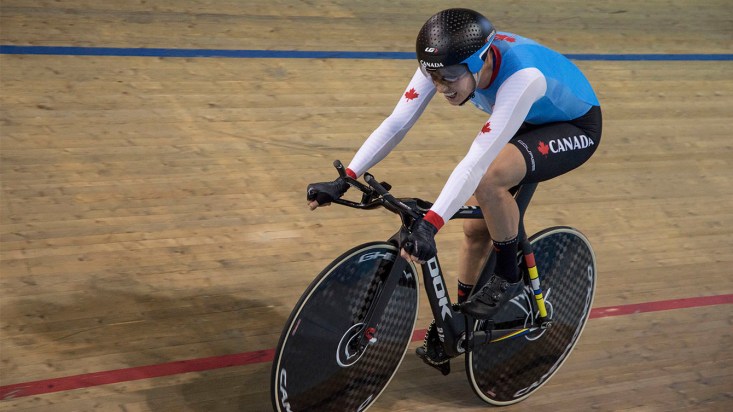 Georgia Simmerling at the velodrome in Milton on July 29, 2016. 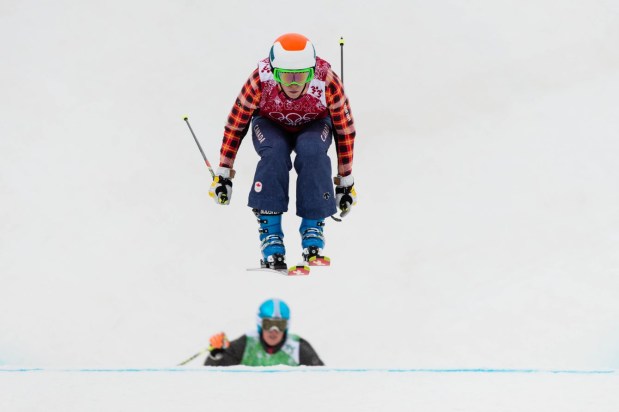 But after she broke her wrist racing ski cross at the 2015 World Championships, she decided to start a journey towards the Olympic Summer Games and began training for track cycling a week after undergoing surgery. As a member of the team pursuit squad at Rio 2016, she won a bronze medal.

Still feeling drawn to snow, Simmerling almost immediately returned to ski cross training and would have been a medal contender at PyeongChang 2018 if not for an accident at the last World Cup race before the Games. She broke both her legs and would later announce her retirement from ski cross but not from sport. She plans to take another run at the Olympic podium in track cycling at Tokyo 2020.

Wickenheiser is one of the most notable names in hockey, with her impressive resume of four Olympic gold medals from Salt Lake City 2002, Turin 2006, Vancouver 2010 and Sochi 2014, along with a silver at Nagano 1998. There’s no doubt that Wickenheiser is in a league of her own when it comes to hockey.

But her athletic abilities aren’t just limited to her skills on the ice. Wickenheiser showed her athletic diversity in representing Canada at Sydney 2000 in softball, where the team finished eighth. 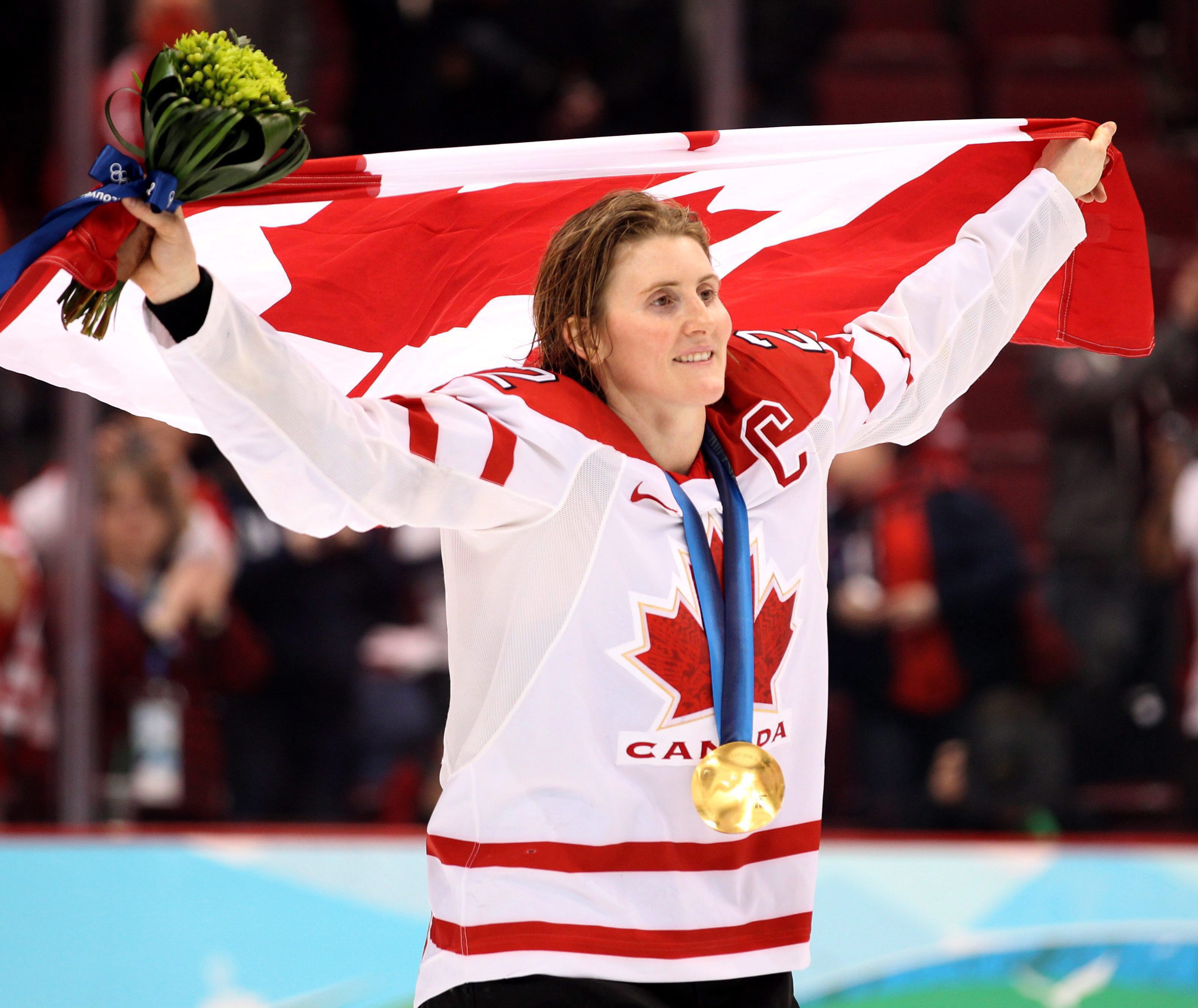 Boucher is not only a two-time Olympian but is the first Canadian to be a dual-season Olympian. Boucher’s Olympic debut came at Grenoble 1968 when he competed in the 500m in speed skating. Eight months later he was on a different oval, racing in track cycling’s sprint event on the velodrome in Mexico City.

Boucher set the precedent for Canadian athletes, showing that they could wear the maple leaf at either Olympic Games. Little did he know that so many others would follow in his footsteps.

Holloway was the first Canadian woman to be a dual-season Olympian, competing at two summer and one winter Olympic Games as she fulfilled a lifelong goal. 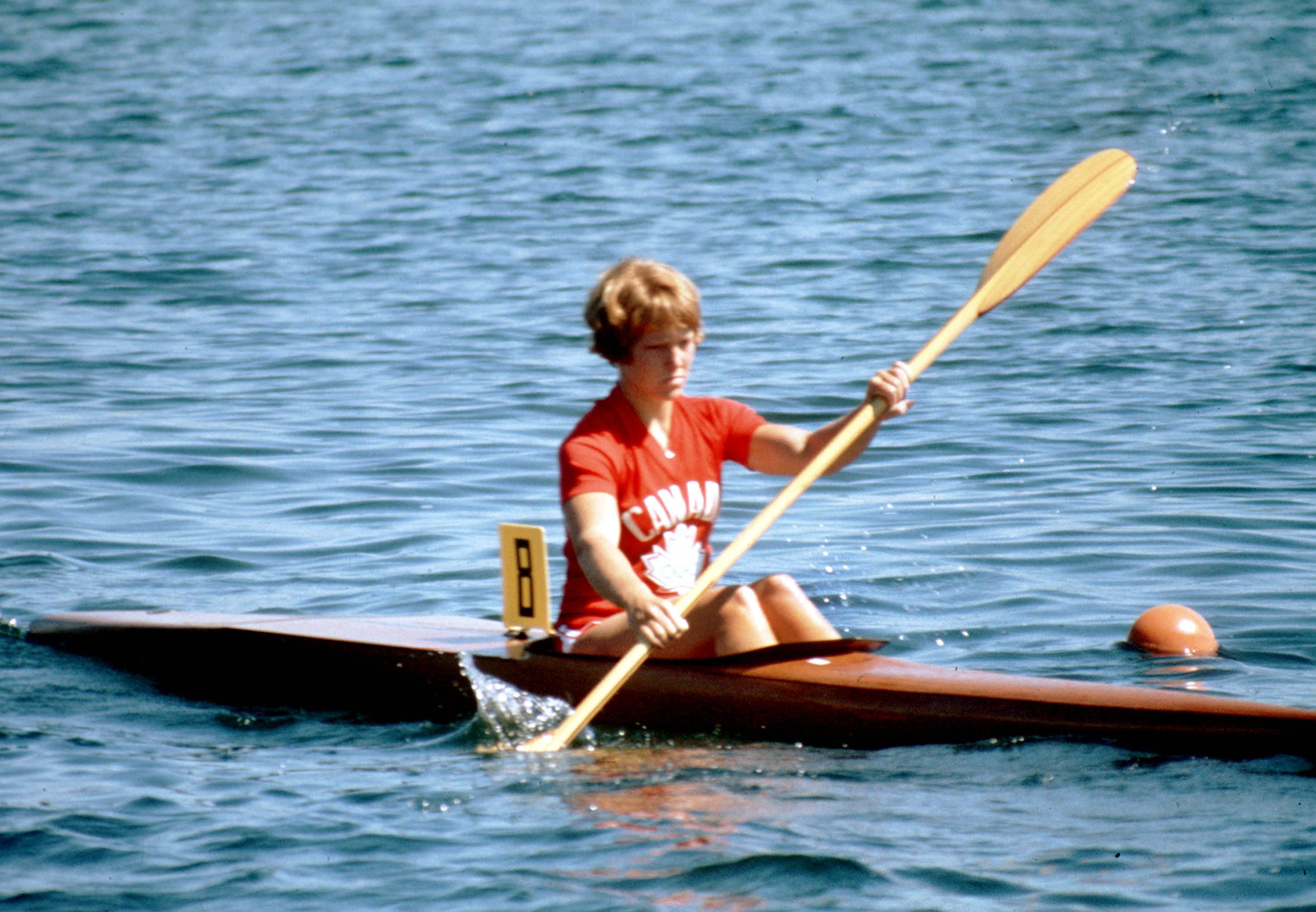 Holloway qualified for Moscow 1980 and was named Canada’s flag bearer, but was denied the opportunity to compete when Canada boycotted the Games. Not being able to participate gave her more motivation for the next Games.

Not only is Gilbert a five-time Olympian who competed in athletics and bobsleigh, but he also won a gold medal at Atlanta 1996 in the men’s 4x100m relay, running the second leg for the record-setting quartet.

Gilbert made his Olympic debut at Seoul 1988 in the long jump before becoming a sprinter. He would go on to make every Olympic team until Sydney 2000.

But he wasn’t just confined to the summer Games. Along the way Gilbert swapped spikes and qualified for Lillehammer 1994 in bobsleigh. It’s safe to say that he knows his way around a track, whether it be ice or rubber. 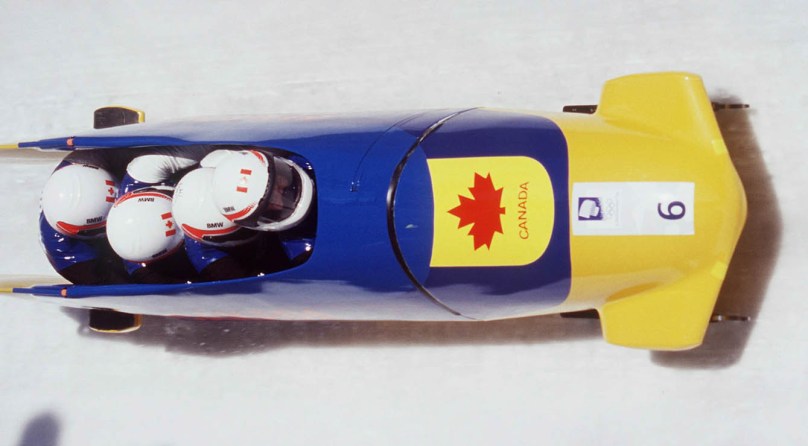 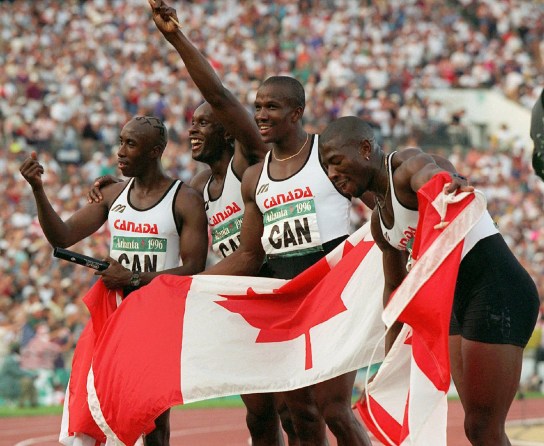 She was then given the chance to try out bobsleigh. Just two weeks after competing at the 2017 World Athletics Championships, she started push training in the winter sport. About five months later, George qualified for PyeongChang 2018.

It was at the Winter Games that she got to step on an Olympic podium, winning bronze in women’s two event. Her quick success and athletic diversity show how amazing her abilities are. 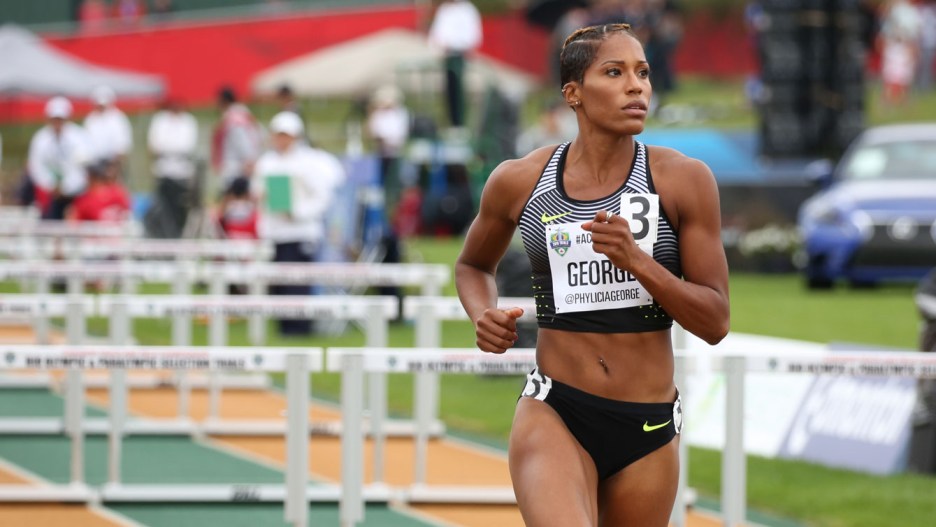 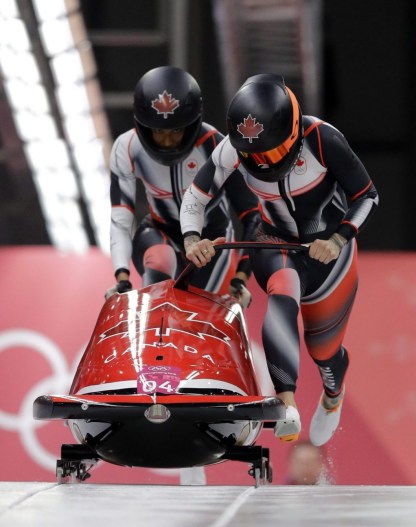 Turning a hobby into an Olympic dream is something that four-time Olympian Harvey is familiar with. After making his first Olympic appearance at Montreal 1976 in cycling, Harvey also qualified for Los Angeles 1984.

In his off-season, Harvey would cross-country ski, but the recreational activity quickly turned into something more serious. The same year he made his second summer appearance, Harvey also made his Olympic Winter Games debut, qualifying for Sarajevo 1984. 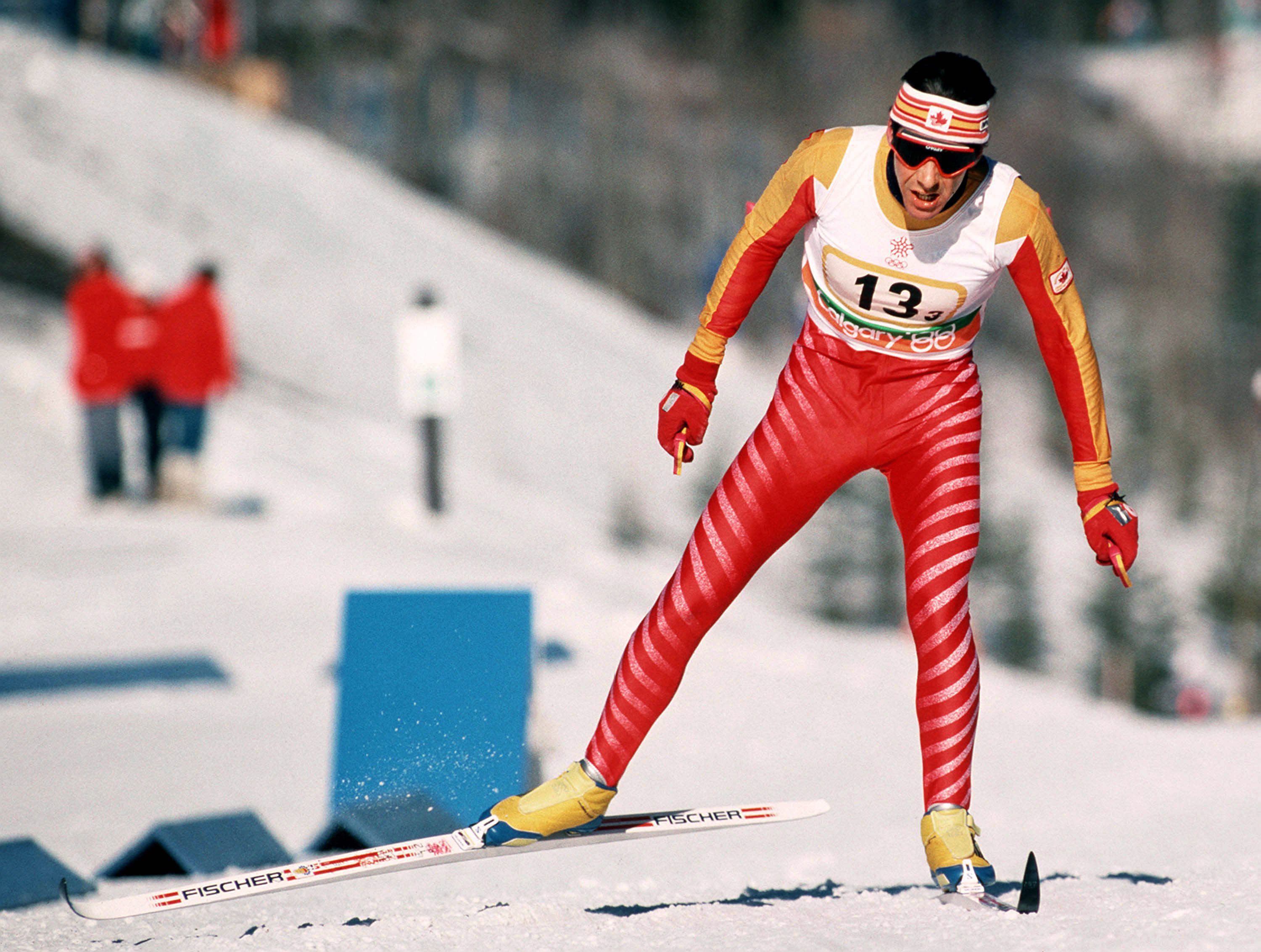 Four years later, he competed in cross-country skiing again at Calgary 1988, finishing his Olympic career on home soil where he read the Athletes’ Oath at the Opening Ceremony.

Taking chances is exactly what Barnett did when he went from being a runner to a bobsledder. Barnett qualified for the 200m at Beijing 2008, but then used the skills he developed through athletics and transferred them over to a different sport.

His motto “You can do anything you put your mind to” is an ode to what he could accomplish as a dual-season athlete, as he competed in bobsleigh at both Sochi 2014 and PyeongChang 2018.

At some point in an athlete’s young career they fantasize representing their country in the sport they love. This was true for Smith, a two-time Olympian in athletics and bobsleigh.

At 10 years old, Smith’s teacher suggested he try out for the track and field club. Little did that teacher know that Smith would race on the 4x100m relay at London 2012.

Smith’s abilities weren’t limited to just the track. In 2017, he switched over to winter sport and competed at PyeongChang 2018 as part of a four-man bobsleigh crew.

Runner turned bobsledder is a familiar story to two-time Olympian Guss, who made his first Olympic team in the 400m hurdles at Los Angeles 1984.

He then switched gears and four years later, qualified for Calgary 1988 in bobsleigh. 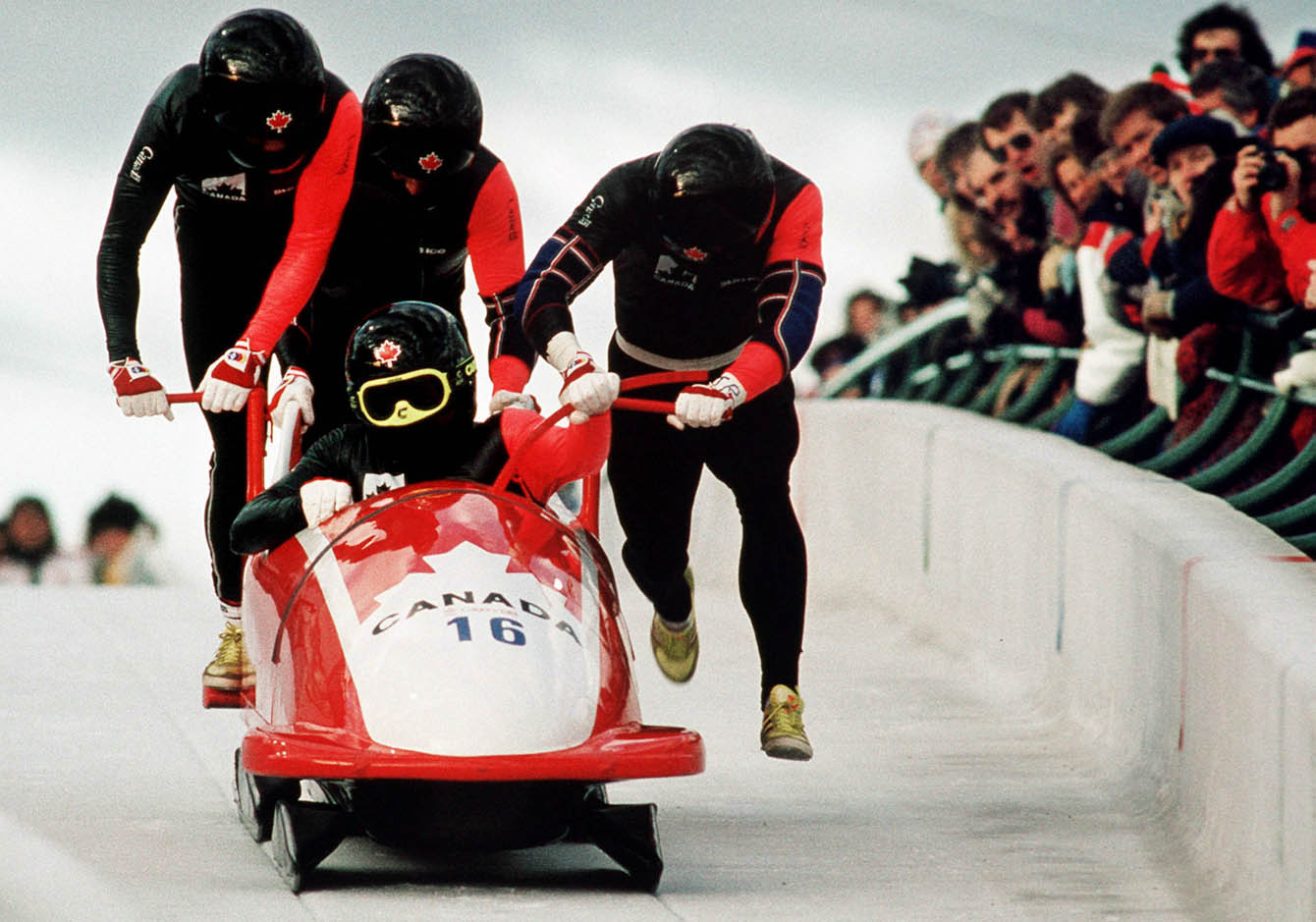 Three-time Olympian Masson is familiar with long distance races, no matter whether he was competing in summer or winter

Masson qualified for his first Olympic Games in road cycling at Los Angeles 1984. Four years later he transitioned from wheels to skis, competing in the 50km cross-country skiing at Calgary 1988. Masson went for one more Olympic Games in skiing, qualifying for Albertville 1992.