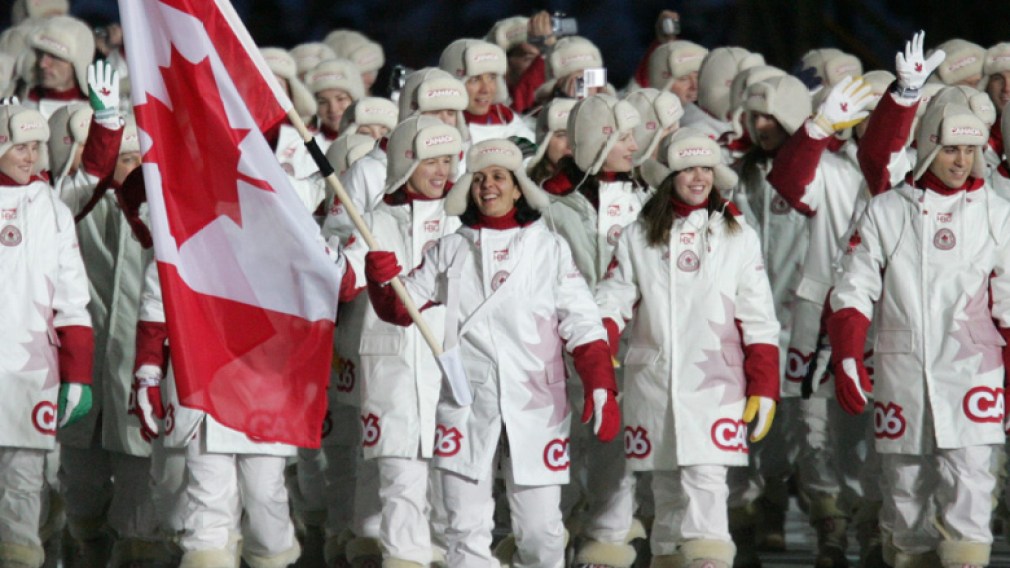 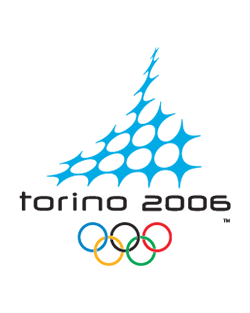 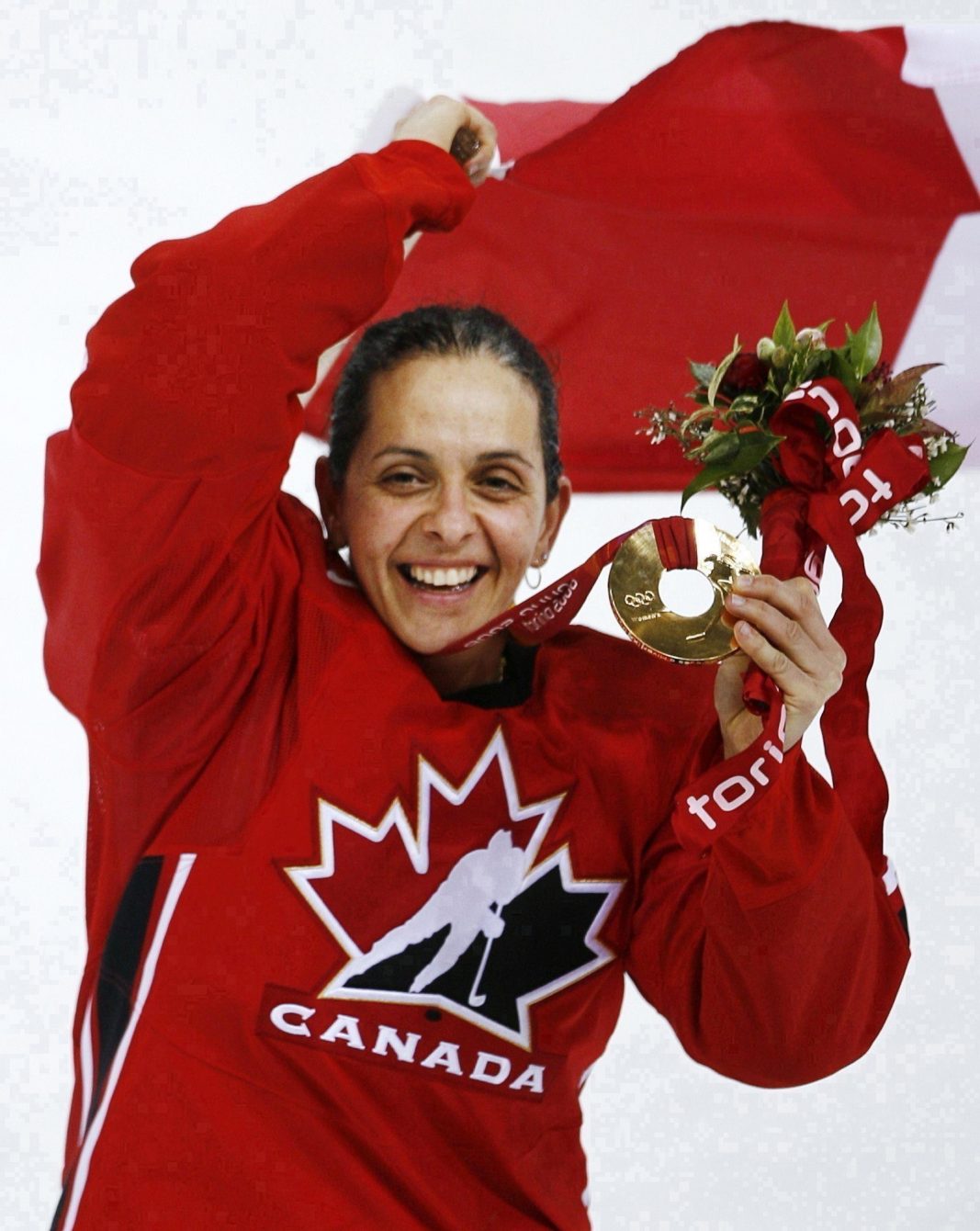 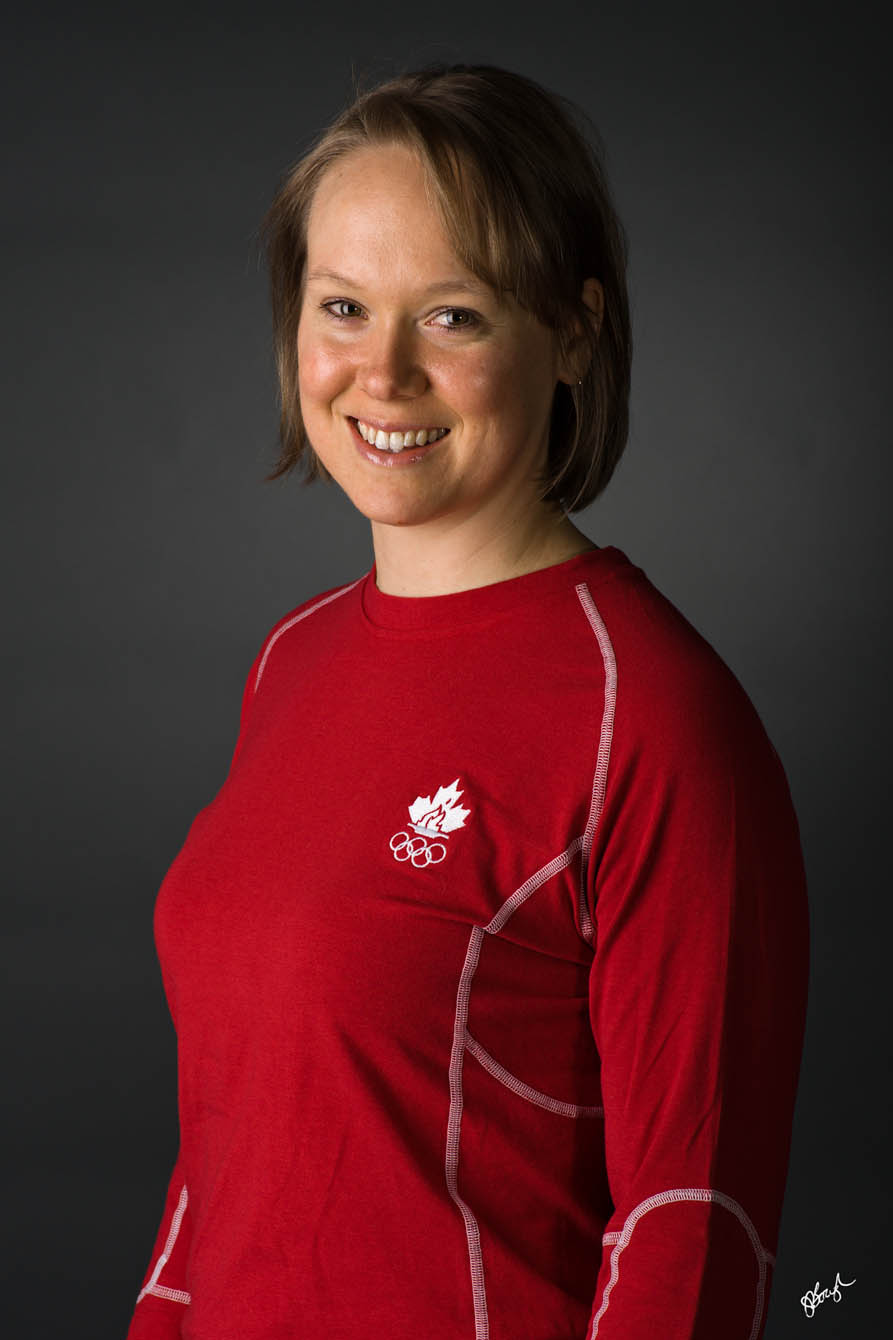 Turin was a first ballot selection to host the 2006 Olympic Winter Games, the first time the Winter Games would be held in Italy in 50 years. With a population of more than 850,000, it became the largest city to ever host the Winter Games. While the indoor ice sports were held in Turin itself, other sports took place throughout the Piedmont region, in such locales as Bardonecchia (snowboard), Pinerolo (curling), Pragelato (Nordic sports), Cesana-Pariol (sliding sports), San Sicario (alpine skiing), and Sauze d’Oulx (freestyle skiing).

For the seventh straight Winter Games, Canada improved upon its medal total, achieving another best ever with 24. This time, Canada also broke into the top three in the medal table, finishing behind only Germany (29) and the United States (25). 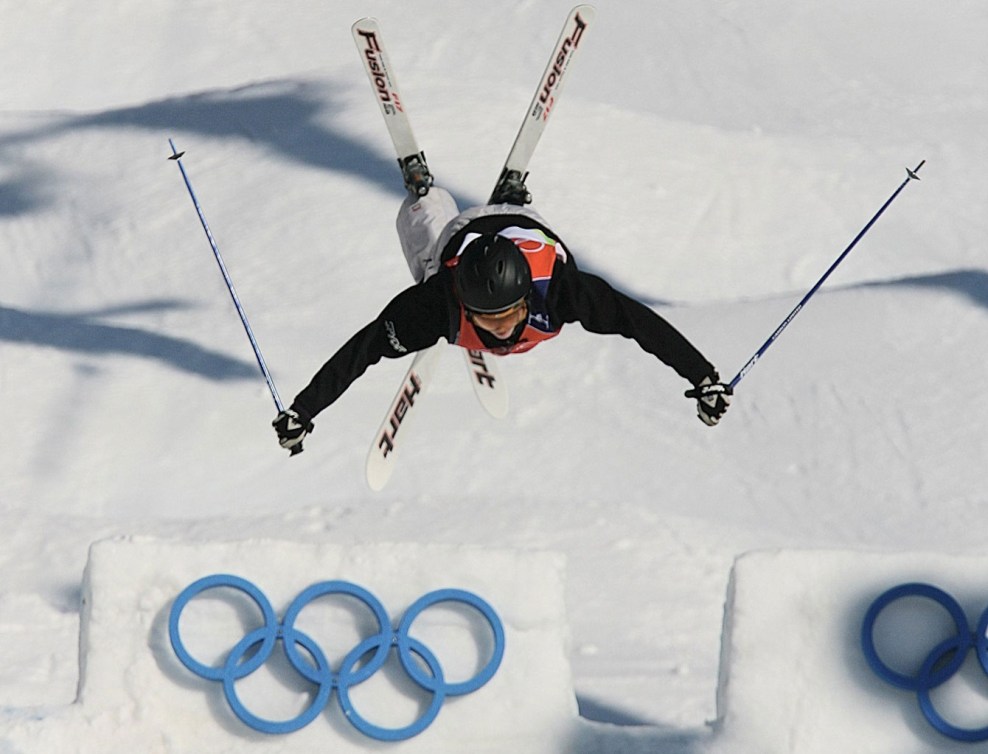 The party got started on the first day of competition when Jennifer Heil won gold in the women’s moguls. She was the first Canadian woman to ever win Olympic gold in freestyle skiing. 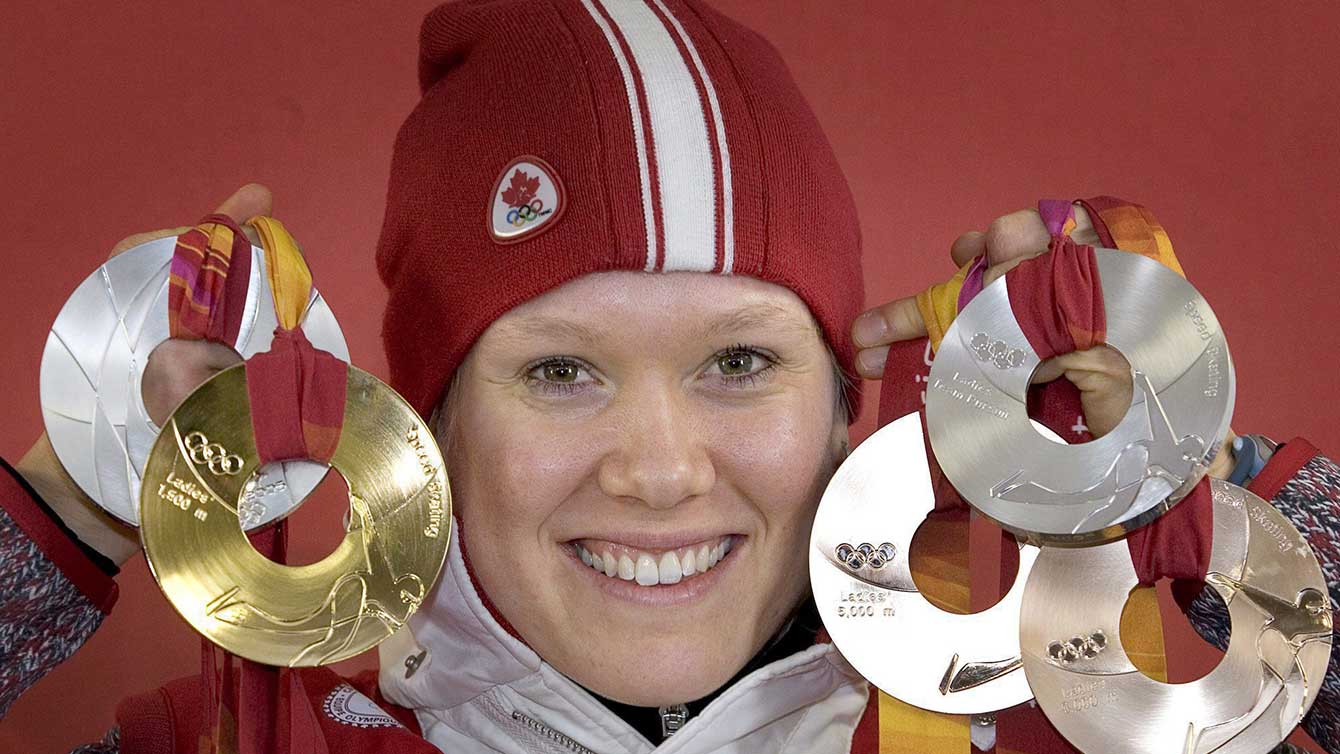 Canada’s biggest medal haul came in long track speed skating, where the eight medals won were second only to the Netherlands. Cindy Klassen was declared the “woman of the Games” by then-IOC President Jacques Rogge after she won five medals, bringing her career total to six and making her Canada’s most decorated Olympian of all-time. Klassen’s haul was highlighted by her gold medal in 1500m, in which she shared the podium with silver medal-winning teammate Kristina Groves. She also shared the 5000m podium with Clara Hughes, whose gold medal made her the first athlete in Olympic history to win multiple medals at both the Summer and Winter Games. Canada won silver in both the men’s and women’s team pursuits as the event made its Olympic debut. 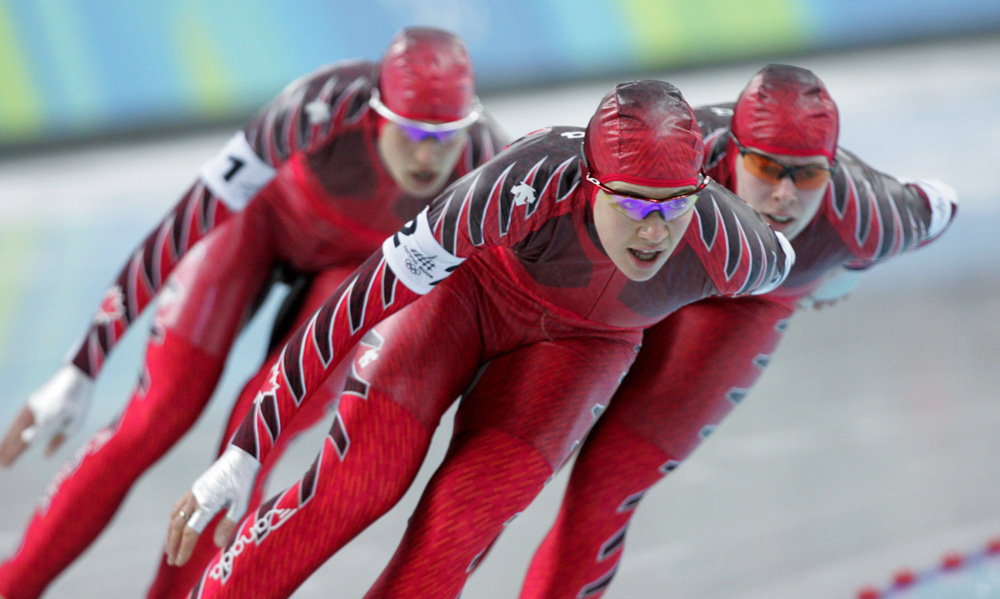 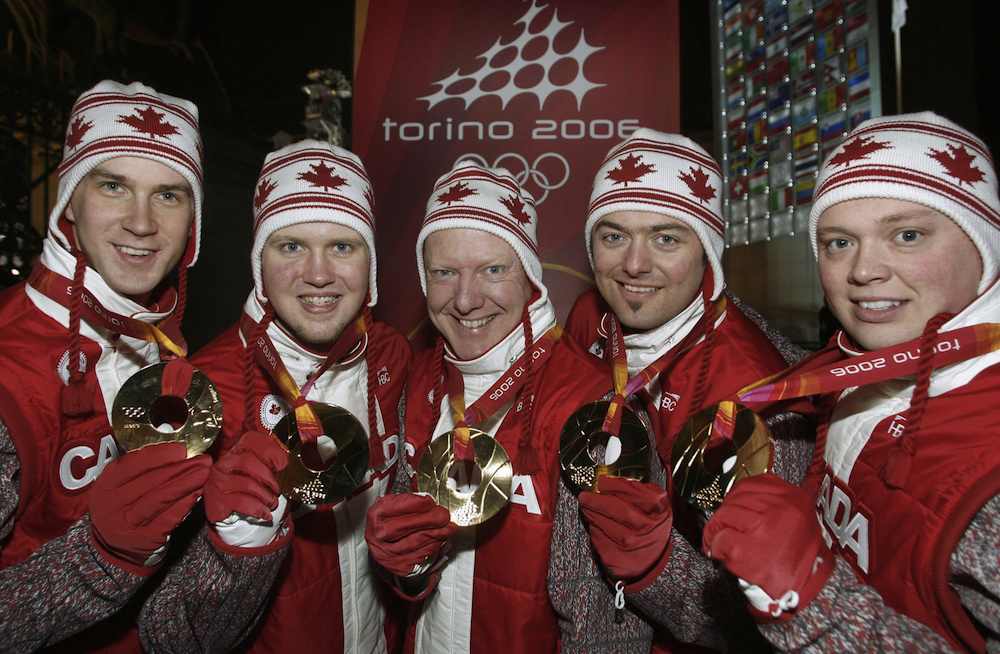 Once again, both Canadian curling teams reached the podium. The men’s team, skipped by Brad Gushue, had recruited two-time Brier and world champion Russ Howard to join them for the Canadian trials. The new combination proved fruitful as the team won Canada’s first ever Olympic gold medal in the men’s event and Howard became Canada’s oldest Olympic gold medallist at age 50. The women’s team, skipped by Shannon Kleibrink, won bronze. 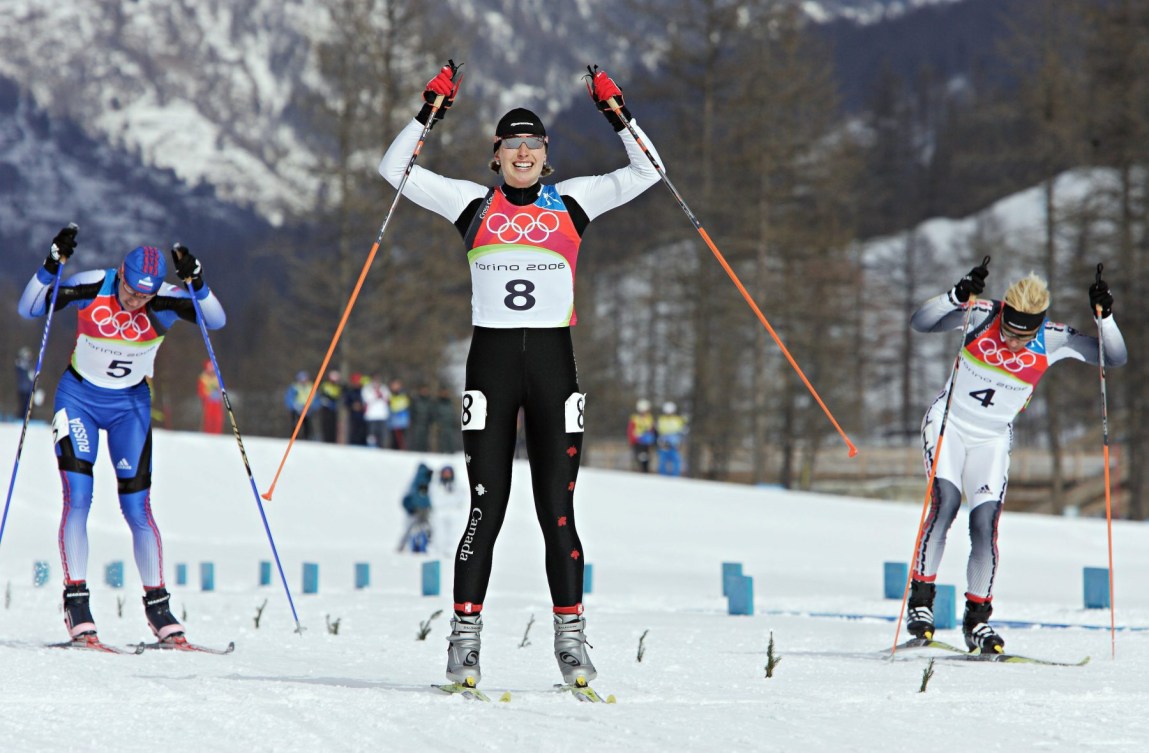 Canada won two more cross-country skiing medals. At age 22, Chandra Crawford stunned the world with her gold medal in the sprint and enthralled all Canadians with her exuberant reaction on the podium. Beckie Scott won her second straight Olympic medal, this one a silver in the team sprint with Sara Renner. 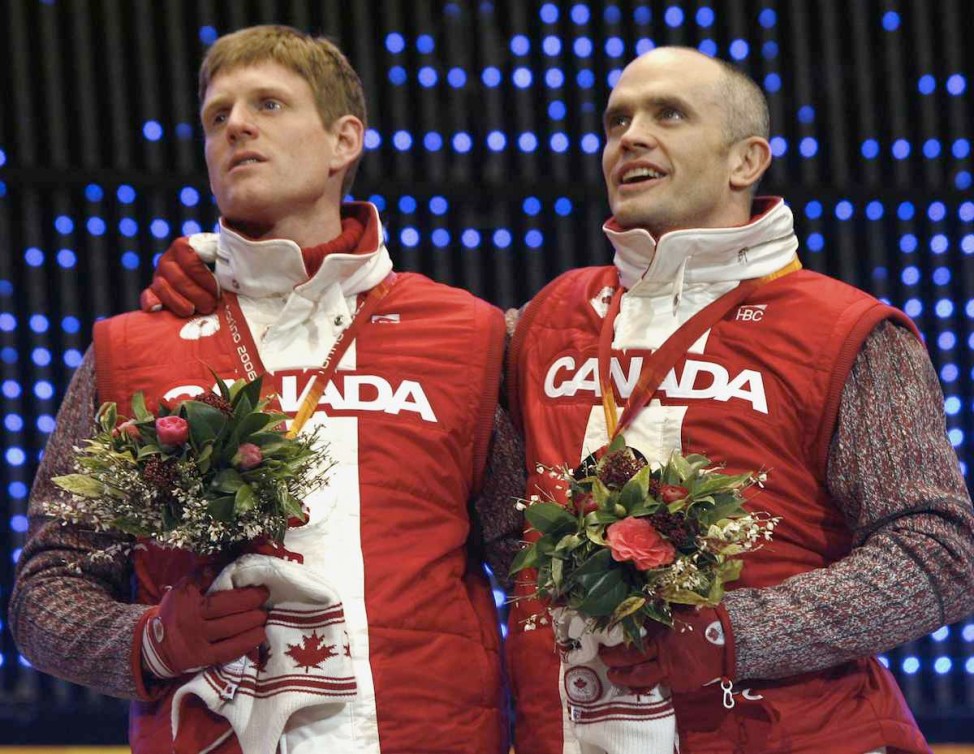 Canada won half of the skeleton medals as Duff Gibson and Jeff Pain finished 1-2 in the men’s event while Mellisa Hollingsworth won bronze in the women’s event. At age 39, Gibson was at the time the oldest athlete to ever win a Winter Olympic medal in an individual event. Also on the sliding track, Pierre Lueders won his second career Olympic medal, this time taking silver in the two-man event with Lascelles Brown. 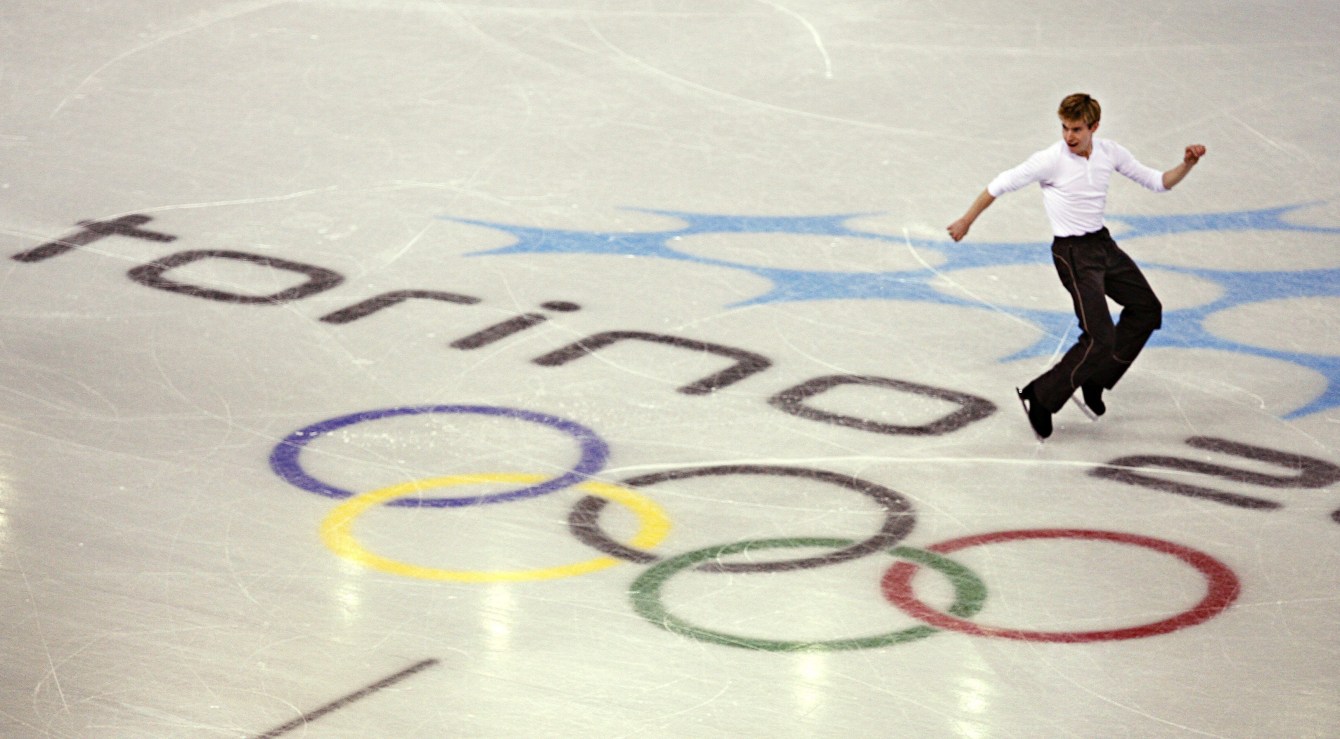 Jeff Buttle‘s bronze in the men’s event maintained Canada’s Olympic podium streak in figure skating that dated back to 1984 while Dominique Maltais won bronze in the Olympic debut of snowboard cross. 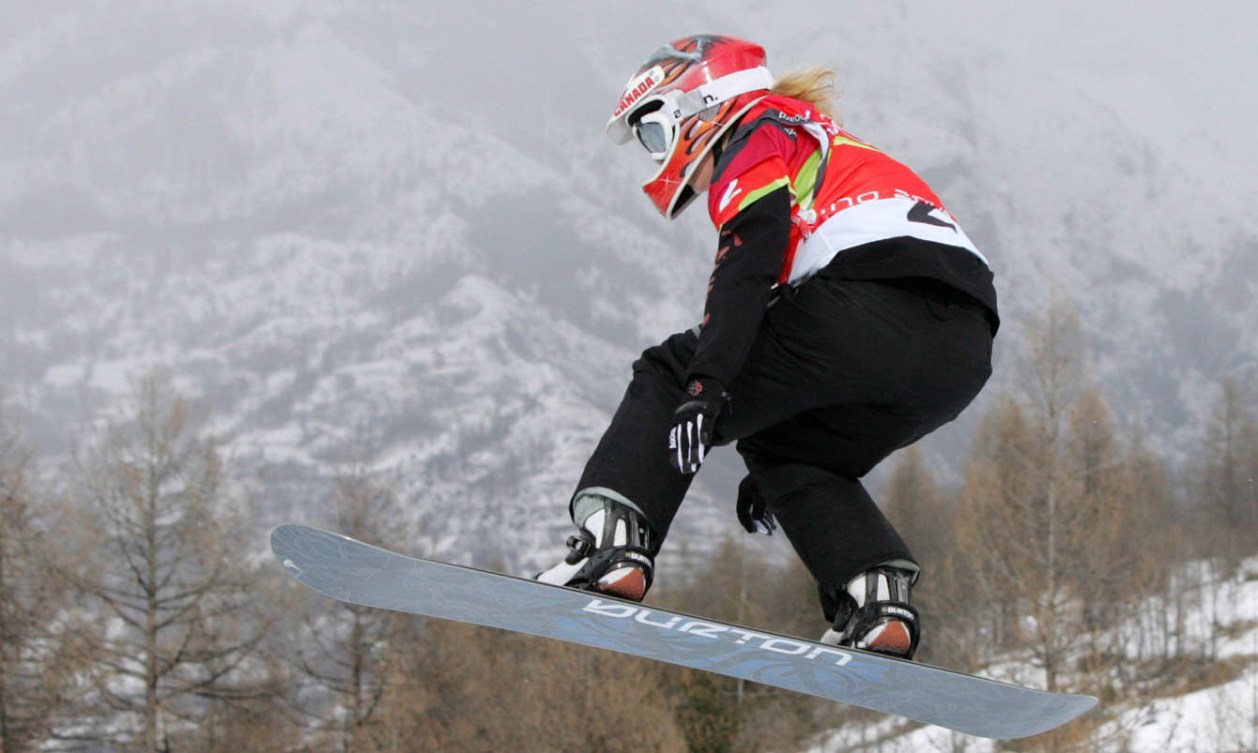